MDFDE/USA: Here Is To YOU Francis MEILLAND, Father of the PEACE Rose! #MDFDEFriendshipMerciTrain70

(GREENWOOD,LA) – With the flowers in full bloom, the Gardens of the American Rose Center in Greenwood was the backdrop for the dedication of the U.S. Postal Service’s newest Forever stamp — the Peace Rose.

The Peace Rose Forever stamp drew applause from a big crowd that turned out to not only see the unveiling, but also be the first in line to buy the stamp. It’s thought to immediately become a collectible.

Asked if he was going to use the panel of 20 stamps he bought at a temporary kiosk at the center, Allen Owings of The American Rose Society replied, “Never!”

Among the special guests were Sonia Meilland-Guibert, the granddaughter of the man who created what would become the Peace Rose in France.

“A special day because it’s in memory of my grandfather. For me, it represents friendship between the two countries, United States and France,” she said.

In 1939, as the Nazis began to take over his country Francis Meilland smuggled the material to the U-S. And in April of 1945, on the day Berlin fell and the Allies achieved victory in Europe, it was announced in the U-S that the creamy yellow rose with the pink edges would be named the Peace Rose.

Speakers at the dedication ceremony read from historic statements of why it was so named, including the President of the company given credit for saving the flower.

“We are persuaded that this greatest new rose of our time should be named for the world’s greatest desire — peace,” said Bradd Yoder, President of Star Roses And Plants.

Patricia Shanley, President of the American Rose Society, continued with the historic statement, “We believe that this rose is destined to live as a classic in our grandchildren’s gardens, and for generations to come.”

And a postal official praised the beauty of the stamp itself.

“The stamp is a small masterpiece. Or as we like to say in the Postal Service, a miniature work of art,” proclaims USPS Director of Education and Development Susan McKeen.

(SHREVEPORT, LA) – The Gardens of the American Rose Center in Greenwood was the backdrop for the dedication of the U.S. Postal Service’s newest Forever stamp — the Peace Rose.

The Peace Rose Forever stamp drew applause from a big crowd that turned out for the unveiling.

Among the special guests was the french granddaughter of the grower who created what became known as the Peace Rose after World War II.

“A special day because it’s in memory of my grandfather. For me it represents friendship between the two countries, United States and France,” said Sonia Meilland-Guibert.

Visitors at the dedication ceremony became the first to buy Peace Rose stamp.

On behalf of the MDFDE and its friends worldwide, Ms. Elisabeth JENSSEN, founder and president, wishes to congratulate the United States Post Office (USPS) for issuing a great new stamp – the PEACE ROSE – which will be dedicated in Shreveport, Louisiana this Saturday, April 21, 2018 (see below for info.), as well as the American Rose Society and the MEILLAND RICHARDIER Family and employees for their active participation in the celebration.

The PEACE ROSE stamp honors the memory of a remarkable Frenchman, Francis MEILLAND, the most prolific rose breeder France has ever known, creator of the historic PEACE ROSE (1935-1939), the “Rose of the Century,” the most popular and finest Hybrid Tea Rose ever raised, then known as “MME. A. MEILLAND,” still thriving around the world today…

As the amazing PEACE ROSE story goes…. In 1939, Francis MEILLAND, realizing that war with Germany was just a matter of days, sent cuttings of his “MME. A. MEILLAND,” named after his beloved mother, to his rose growers friends in Italy, Turkey, Germany and – last but not least – to his dear friend Robert PYLE, co-founder of Conrad Pyle Co. in Pennsylvania, THE most famous rose breeder in the USA.

Luckily, thanks to Francis Meilland’s wisdom, quick thinking and marvelous act of RESISTANCE, the precious rose cuttings “escaped” to America on the very last Summer flight, right before the German invasion of France.

Unable to communicate with each other during the war, it was not until June 1945 that, to Francis’ greatest surprise, he got the happiest news of all from his old friend Robert PYLE: while France and its allies were heroically fighting Nazi Germany, Conrad Pyle Co. had been so successfull with their own experiments while cultivating the cuttings, they had already named the newborn rose “PEACE,” thus symbolically marking the end of the trials and suffering which Europe and the world had lived for five horrific years.

As the magnificent “PEACE ROSE” continued its mission of garden beautification, spreading more love and happiness around the world, giving peacemongers like famous American journalists Drew PEARSON and Leon PEARSON, a new sense of hope… two years before launching their own production, the legendary FRIENDSHIP TRAIN… Then came the United Nations. As Francis Meilland reported back then:

“The ceremony at which”PEACE” was baptized took place under the auspices of the American Rose Society, after several months notice of the event had been given.  The date had been fixed for 29th April, 1945, which, by an extra-ordinary coincidence, was also that of the fall of Berlin.

Shortly after that, the first meeting of 49 delegations of the United Nations took place in San Francisco, and the heads of these 49 delegations received, each in its own apartment, a small vase with a single rose “PEACE” accompanied by the following message:

“This is the PEACE ROSE which was christened at the Pacific Rose Society Exhibition in Pasadena on the day Berlin fell.  We hope that the PEACE ROSE will influence men’s thoughts for everlasting WORLD PEACE.”

Four years later, in 1949, Francis MEILLAND distinguished himself once again by creating… the HAPPINESS Rose, which also became the Meilland Family’s contribution to the French Merci Train… 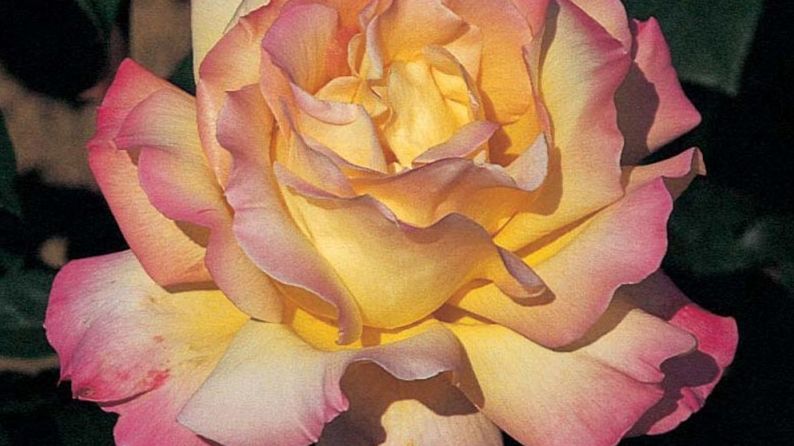 As Ms. Elisabeth JENSSEN’s passion and dedication to make sure the little known history and stories of the Friendship and Merci Trains, and its principal heroes, is (finally) told to the public, never ends… thanks especially to Mr. Alain MEILLAND and Mr. Matthias MEILLAND, respectively son and grandson of Francis MEILLAND, with whom Ms. Jenssen is also closely collaborating for rare insights into the family’s history going back to…1867…

The MDFDE is very proud to announce that #MDFDEFriendshipMerciTrain70, its official French-American project (2016-2019) and most ambitious MDFDE initiative to date celebrating the 70th Anniversary of the Friendship Train (1947) and the Merci Train (1949), also includes a unique documentary co-written and produced by Ms. Elisabeth JENSSEN and Mr. Thomas BALL, Emmy Award-winning director and producer, founder and president of Telos Productions Inc. in Boston, MA. More very exciting MDFDE news to come. Please stay tuned… Thanks to all for your fidelity. All aboard!

© The Official French-American Project entirely conceived by Ms. Elisabeth JENSSEN to celebrate the 70th Anniversary of the Friendship Train and the Merci Train (2016- 2019). All rights reserved. Peace Rose celebrates one of the most popular roses of all time. The peace rose revolutionized hybrid tea roses with its unique coloring, hardiness, and disease resistance. Although the USPS has not provided additional information on the release site, one of the oldest festivals in the South, Holiday in Dixie will be held April 13-April 21. The event celebrates the beginning of spring and commemorates the Louisiana Purchase (April 30, 1803). http://www.stampnewsnow.com/uspsnewissues.html

The first-day ceremony for the United States Peace Rose forever stamp will take place, appropriately enough, at a rose garden.

The scheduled participants are George Sirven, station manager of KTBS channel 3 in Shreveport; Pat Shanley and Bob Martin, the respective president and vice president of the American Rose Society; Bradd Yoder, the president of Star Roses and Plants; Sonia Meilland-Guibert, research and development for House of Meilland-Meilland International; and Susan T. McKeen, director of Learning and Development for the U.S. Postal Service.

The first-day ceremony is part of the annual Roses in Bloom seminar, which begins at 9 a.m. Saturday at the gardens.

The event is open to the public.

The new Peace Rose forever stamp will be issued in a double-sided pane of 20 (50¢), which the Postal Service describes as a booklet. The pink, ivory and gold Peace rose has been described by the Postal Service as one of the most popular roses of all time.