MDFDE/France-USA: In Memory of California Nohemi GONZALEZ and the 129 Victims of Paris Terror Attack on 11/13/15 #JeSuisParis #NotAfraid 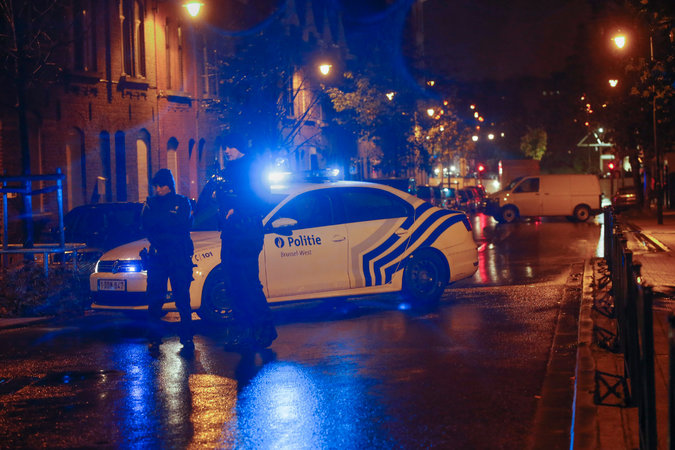 France and its Allies will NEVER capitulate to the terrorists!

The Met Mourns the Victims of the Paris Attacks

“The Metropolitan Opera mourns the victims of the Paris terrorist attacks and will perform the French National Anthem as a show of our solidarity with the citizens of France at today’s matinee performance.”

In a show of solidarity with the people of France, the Met Orchestra and Chorus performed the Marseillaise under the baton of Plácido Domingo at the start of today’s matinee performance of Tosca. Audio of the Metropolitan Opera singing the French national anthem, “La Marseillaise,” at its Saturday matinee of Puccini’s “Tosca. By METROPOLITAN OPERA on Publish Date November 14, 2015. Oksana Dyka sings the title role of Puccini’s fast-moving operatic thriller, opposite Marcello Giordani and James Morris. Plácido Domingo conducts.

“Our university stands with our nearly 80 foreign exchange students from France as they struggle with this tragedy.”

Dear Families and Friends of Paris Terror Attack Victims of 11/13/15,

It is with an immense sadness and “many many broken hearts” that the MDFDE extend its deepest condolences and prayers to the Family and Friends of Nohemi Gonzalez, the Faculty and students of the University of Southern California, Long Beach – with special thoughts for her outstanding Team Members #Polli Snak’s Ana Ramirez, Kim Jarboe, Angela Marquez, 2nd Place winners of the Biomimicry Global Design Challenge 2015 – the City of Long Beach, and every Citizen of the World in our beloved “Golden State” of California, and the People of México.

To the Family and Friends of Asta Diakite, France, including her cousin Lassana Diarra, France midfielder playin at the OM in Marseille, France.

To the Family and Friends of Valentin Ribet, France, and his colleagues at the Law Firm Hogan Lovells worldwide.

To the Family and Friends of Lola Salines, Paris, France, and her father, Georges Salines.

To the Family, Friends and Colleagues of Mathieu Hoche who worked for France 24 in Paris, France.

To the Family, Friends and Colleagues of Amine Ibnolmobarak, an architect and teacher at the ENSA Paris-Malaquais architecture school, France, whose wife was shot three times and is still in critical condition.

To the Family and Friends of Two Belgians (not identified at this hour) and the People of Belgium.

To the Family and Friends of Nick Alexander, from Colchester in Essex, U.K., who worked for Eagles of Death Metal, the California group playing at the Bataclan.

To the Family, Friends and Colleagues of French Music journalist Guillaume Decher from Paris, France, who worked for the French cultural magazine Les Inrockuptibles.

To the Family, Friends and Colleagues of Thomas Ayad and Marie Mosser who both worked for Mercury Records/Universal Music Group.

To the Family and Friends of Aurelie De Peretti including her sister Delphine De Peretti.

To the Family and Friends of Cedric Mauduit, a council official in Calvados, France.

To the Family and Friends of Elodie Breuil, a design student at Ecole de Condé in Paris, France.

To the Family and Friends of Chilean musician Luis Felipe Zschoche Valle, who lived in Paris. Patricia San Martin and her daughter, Elsa Veronique Delplace, niece and grandniece of the Chilean ambassador to Mexico, Ricardo Nunez, and the People of Chile.

To the Family and Friends of Portuguese citizen Manuel Colaco Dias and the People of Portugal.

To the Family and Friends of Spanish nuclear energy engineer Juan Alberto Gonzalez Garrido from Granada, and the People of Spain.

And last, but not least, to every other Family, Friends and Colleagues of the victims not listed here.

May Our 130 Innocent Victims of Paris Terror Attack on November 13, 2015 Rest In Peace! And JUSTICE Be Served BIG TIME IN STOPPING DAESH & THEIR CRONIES ONCE AND FOR ALL! Vive la France and the United States of America and Our Great Allies!

(CNN) In the aftermath of the devastating terror attacks on Paris on Friday, the identities of some of the victims are slowly becoming known.

Paris prosecutor Francois Molins told reporters at a news conference Saturday that there have been 129 people killed and 352 wounded.

One of the targets was the Stade de France, where France was playing Germany in an international friendly. France midfielder Lassana Diarra said his cousin, Asta Diakite, died in the attacks, though he did not say where she was killed. 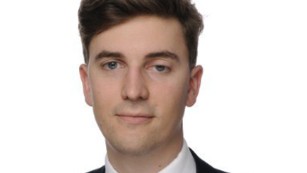 A Parisian lawyer who studied in London was one of the first victims to be named. Valentin Ribet, 26, was at the Bataclan concert hall, according to the firm where he worked, Hogan Lovells.

The London School of Economics said Ribet graduated in 2014. He worked in the litigation team at Hogan Lovells, specializing in white collar crime.

“He was a talented lawyer, extremely well liked, and a wonderful personality in the office,” Hogan Lovells said in a statement. 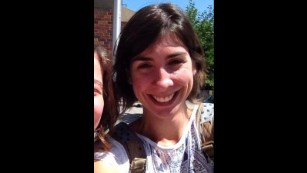 Lola Salines, who worked with La Boucherie de Paris, a roller derby team, died in the attacks, according to her father, Georges Salines. He wrote earlier on Twitter that Salines was at the Bataclan theater, where most of the victims were killed.

France 24 reported Sunday that one of its employees was killed in the attack at the concert hall. It said Mathieu Hoche, 37, was the father of a young child and a lover of rock music who had worked for the news network since 2006.

A 23-year-old American design student at California State University, Long Beach was among the dead.

Nohemi Gonzalez of El Monte, California, was spending the semester at the Strate College of Design, CSLB President Jane Close Conoley said. She was among 16 students in a Paris restaurant that was attacked, Conoley said. 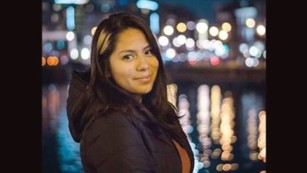 Michael DeFord, one of her former professors at Long Beach, called Gonzalez “a shining star.”

Gonzalez and three fellow students finished second this year in a global contest to find solutions to food sustainability issues. Her team designed the Polli Snak, a biodegradable snack-pack also containing soil and seeds to be cultivated after the snack is eaten.

A newlywed architect was also among the victims. Amine Ibnolmobarak was an architect and teacher at the ENSA Paris-Malaquais architecture school, the Union Nationale des Etudiants en Architecture et Paysage said on its Facebook page. 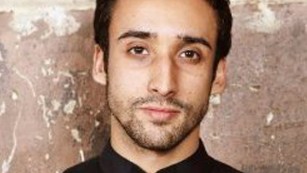 Ibnolmobarak was a Muslim, cousin Akram Benmbarek posted to Facebook. His wife was shot three times and is in critical condition.

The Belgian Foreign Ministry said at least two Belgians were killed. The ministry said Saturday the number could rise. 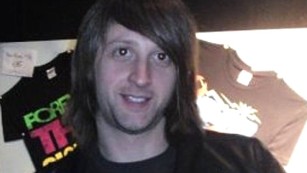 The family of Nick Alexander, a British man from Colchester in Essex, confirmed his death in a statement obtained by The Guardian newspaper. Alexander was working with Eagles of Death Metal, the California group playing at the Bataclan when it was attacked.

“Nick was not just our brother, son and uncle, he was everyone’s best friend — generous, funny and fiercely loyal,” the statement said.

Music journalist Guillaume Decherf was also killed at the concert hall, according to his employer, French cultural magazine Les Inrockuptibles. On Twitter, the magazine posted a link to a review Decherf wrote last month of the band’s latest album.

At least two staffers with Universal Music, the band’s label, were among the dead at the Bataclan. 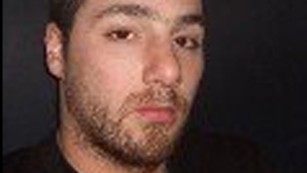 One of them was Thomas Ayad, an international product manager for Mercury Records, Universal Music Group Chairman Lucian Grainge told staff in an email obtained by Billboard magazine. 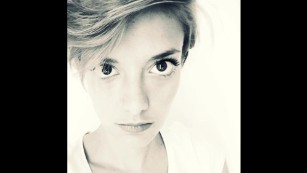 Marie Mosser was another Universal employee. Her Twitter profile said she worked in digital marketing and communication.

The sister of 33-year-old Aurelie De Peretti told The New York Times that she died at the Bataclan. She was fond of music and culture and had loved to draw ever since she was a child, Delphine De Peretti said.

Cedric Mauduit, a council official in Calvados, a region in Normandy, was attending the concert with five friends when he was killed, according to the chairman of Calvados, Leonce Jean Dupont.

Calling Mauduit “one of our best employees,” he said, “Our sadness is immense.” 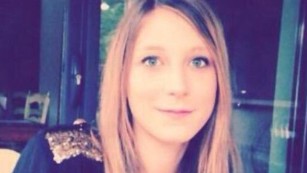 Also attending the concert was Elodie Breuil, 23, her brother told Time magazine. Breuil was a design student at Ecole de Conde and marched with her mother in the rally that followed the Charlie Hebdo attack in January, her brother, Alexis Breuil, said.

Three citizens of Chile were among the dead, according to the Chilean Foreign Ministry. All were at the Bataclan.

The Portuguese state news agency Lusa reported one of the victims killed outside the Stade de France was 63-year-old Manuel Colaco Dias. Portuguese Prime Minister Pedro Passos Coelho wrote to the family of the victim offering his condolences. 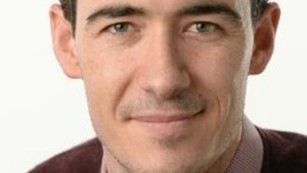 The El Mundo newspaper reported Gonzalez was a 29-year-old engineer from Granada who had been living in Paris for two years. He and his wife, also an engineer, got married last summer. Both were inside the Bataclan concert hall. His wife escaped, the paper reported, but he did not.

Gonzalez was an expert in nuclear energy, El Mundo reported, and worked for the French electricity company EDF.

Mexico’s Ministry of Foreign Affairs confirmed the death of two women in the attacks. One was Mexican-American and the other was Mexican-Spanish, the ministry said, without giving names.

Complete coverage of terror in Paris