“On the crest of the highest gallery, higher than the central rose window, there was a great flame rising between the two towers with whirlwinds of sparks, a vast, disordered, and furious flame, a tongue of which was borne into the smoke by the wind, from time to time.” 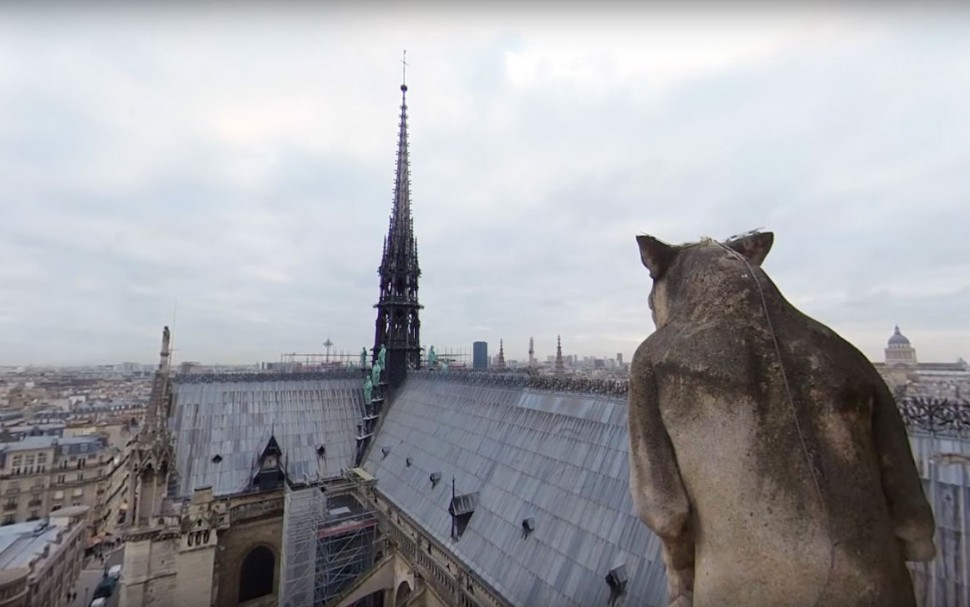 A year after the blaze, Notre Dame’s rebuild is on hold due to coronavirus 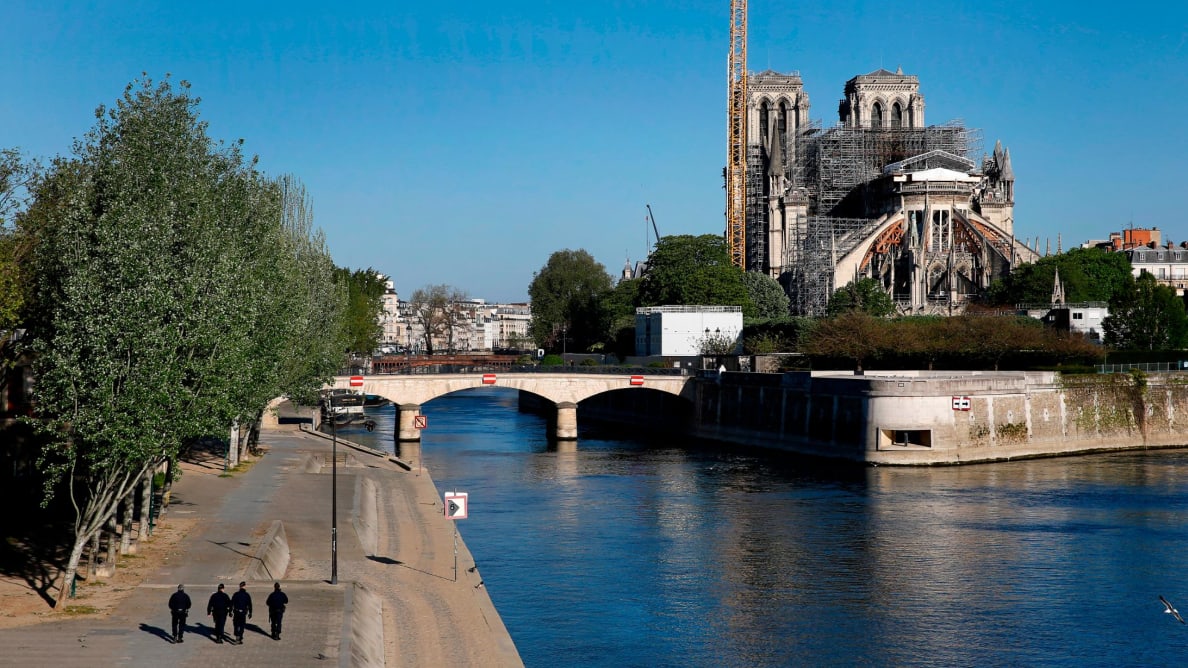 It has been a year to the day since a fire devastated the Notre Dame cathedral, causing its spire to collapse and leaving the 850-year-old church’s future in doubt.

The blaze, which French prosecutors say may have been started by a cigarette or electrical malfunction, elicited solidarity and donations from around the world last April. But with the coronavirus shutdown bringing restoration efforts to a standstill — and the country’s attention now focused elsewhere — the somber anniversary is set to pass with little fanfare.

Work at the Paris site has been suspended since March 16, when France introduced widespread measures to help control the spread of Covid-19. And despite the months of recovery work already undertaken, there is ongoing uncertainty about the full extent of the damage.

Army general Jean-Louis Georgelin, President Emmanuel Macron’s special representative for the reconstruction, told the French Senate in late January that it was too early to tell whether the cathedral could be saved. He reported that a number of delicate tasks still needed to be completed in order to fully ascertain the structure’s condition, including accessing ceiling vaults for inspection and removing the scaffolding that had been erected before the blaze and had partially melted. Georgelin also said that large amounts of lead dust at the site posed a contamination risk that he was taking “very seriously.”

Notre Dame cathedral where work on the rebuild has been on hold since March 16 due to the coronavirus shutdown. (Photo taken April 14 on the eve of the anniversary of the deveastating fire) Credit: Chesnot/Getty Images Europe/Getty Images

The director of the laboratory tasked with assessing the ruins, Aline Magnien of the Historical Monuments Research Laboratory (LRMH), struck an optimistic tone last month, telling Science magazine that “the heart of Notre Dame had been saved.”

“What matters isn’t the roof and vault so much as the sanctuary they protect,” she was quoted as saying, adding: “Notre Dame will be restored. Its artwork, stone and stained glass will be cleaned; it will be more luminous and beautiful than before.”

Dismantling of the scaffolding was due to be completed in June, though France’s Ministry of Culture has not yet responded to CNN’s requests about how the suspension of work may impact the restoration timeline — or how realistic Macron’s initial plans to reopen the landmark by 2024 remain. The French president’s priorities lie elsewhere, and on Monday evening he used a televised address to announce that the nationwide shutdown would continue for another month.

Among the many other uncertainties is whether the process of designing a new spire will be affected by the lockdown. Last year, France’s Prime Minister Edouard Philippe announced an international competition to pick a new design, with a winning proposal initially expected to be announced in the first half of this year. Whether this new spire should be modeled on the one lost — itself the result of a 19th-century restoration — or something more contemporary has been a topic of heated debate.

It is also yet to be revealed how much of the 850 million euros ($928 million) pledged by donors for restoration efforts will materialize. One of the organizations raising funds for the project, the Fondation du Patrimoine, said last week that more than 92% of the 228 million euros ($249 million) it had been pledged were “firm and final commitments,” though only 38% of that sum has been cashed.

The Notre Dame Foundation, set up to raise funds in the wake of the fire, said it has thus far collected 55.8 million euros ($60.9 million), more than had of which has already been invested.

The site has not been completely silent during lockdown. Paris Archbishop Michel Aupetit was one of seven people — some of whom wore facemasks and hazmat suits — to record a televised Good Friday service in a secured part of the cathedral last week.

“A year ago, the cathedral was destroyed,” Aupetit told CNN affiliate BFMTV before the service.

“Today the country is ravaged by a pandemic. There’s always a message of hope, and this celebration at the heart of the cathedral will be the sign of our hope.”