Ms. Isabelle V. David, Director of the French-American School of Chicago and teacher.

Mr. Vincent Florani, Consul General of France in Chicago, with Ms. Isabelle David, Director of  EFAC and the students of French level CE1 on September 10, 2014. http://www.consulfrance-chicago.org/FMEX/?p=2503

I am honored to announce the appointment of our dear friend Isabelle DAVID, the dynamic Director of the French-American School of Chicago (EFAC) since May 2012, as our new Executive Director of Education MDFDE/Midwest-Chicago.

In this capacity, Ms. Isabelle DAVID, a distinguished international business consultant as well as academic expert in the teaching of French, foreign languages and Information and Communications Technology (ICT), will be our permanent liaison between schools in the Midwest and the Alliance Française de Chicago and schools, high schools and universities worldwide participating in our unique project #MDFDE/Paris-NYC16 on the occasion of the 130th Anniversary of the Statue of Liberty in 2016. Said project includes an educational program (ICT) with an Office 365‏ collaboration plateform, which will be officially launched in the next few weeks.

Born in Saumur in Maine et Loire, France, Isabelle David studied literature and languages at the University of Angers, then at the Sorbonne in Paris. She holds a Master’s degree in German and a Bachelor’s degree in French Foreign Language (FLE).

Isabelle lived twelve years in Vienna, Austria and taught French language and literature for the Austrian Ministry of Education.

Alongside her career in education, Isabelle pursued a career in business, as project manager, manager and consultant for Siemens, Austria (9 years), SynerDeal, France (2 years) and finally Accenture, United States (7 years).

Besides being a commitment business professional, Isabelle continued to devote a significant portion of her time and energy to education and the arts, in particular, designing and teaching language courses and literature for the Architecture Program of the Illinois Institute of Technology (IIT) in Paris.

Since arriving in the United States, she has developed and taught numerous courses in literature and culture at the Alliance Française in Chicago. Isabelle runs several literary circles and writes a blog devoted to literature and the arts. (https://surunlivreperchee.wordpress.com)

Within the French-American School of Chicago, she can concentrate on her life’s passion, teaching the language and cultures of the French world, while also leveraging skills gained in the business world.

The French American School of Chicago is the result of a successful collaboration between two educational systems that teach the French and American languages and cultures.

The partnership between EFAC, Abraham Lincoln School and Lincoln Park High School is beneficial both educationally and socially. The result of the dual program is quality students who develop a broad range of skills. Each year, the success rate and honors received on national tests confirm the program’s excellence and our students are admitted to prestigious American and European universities. The presence of EFAC reinforces a multi-cultural education in a world where international trade continues to grow.

The French American School of Chicago (EFAC), formerly the French School of Chicago, was established within the public institution of Abraham Lincoln Elementary School (ALES) in 1981. Over time, the program gained momentum and finally starting in the 1995-1996 school year, EFAC program in Lincoln Park High School (LPHS) is covering the remaining grades up to “Terminale” (12th grade).

EFAC is a French school located in the heart of two American public schools. It welcomes children of Francophone background and offers a bilingual and bi-cultural education approved by the Ministry of Education through CM2. The middle school and high school follow the curriculum of the CNED (National Center for Distance Learning).

Since 1980, the French American School of Chicago (EFAC) mission is to offer students a francophone education recognized by the French Ministry of Education. With its inclusion in the American public system students receive both a bilingual and bicultural education, which allows them to expand their knowledge of the open issues of our multicultural society and to become more responsible and independent citizens. The dual experience of learning and socialization also offers them the opportunity to pursue studies in the French education system or in the educational systems of English-speaking countries.

EFAC is distinguished by its privileged location within two American public schools. It combines the excellence of the two school systems. Students follow the American school and the French program of National Education. The French curriculum is approved until the end of primary school (CM2) and then based on the CNED (National Centre for Distance Education) for middle and high school, where the emphasis is on literature and world history.

EFAC students have the opportunity to experience different methods of knowledge acquisition in a unique learning environment. Their journey prepares them to pursue studies in the French system or in another English educational system as well as passing the tests of the French Baccalaureate and International Baccalaureate of Geneva.

EFAC students follow class every day in French and English, with each course having its own learning methods that meet the needs of each culture. Students greatly benefit from the teaching diversity in the academic program and socially. During their school day they pass from one context to the other several times, learning to manage their schedules and activities within the language and the code of both educational and social systems. The result is a more sophisticated level of reflection and analysis. The pace is intense and family support is essential.

The school is integrated into the American school and adopts the same calendars and schedules. The French program is considered a “specialty program”, in Abraham Lincoln School. The EFAC teaching team works with faculty from Lincoln Elementary and Lincoln High School to coordinate the best programs for students and to setup class schedules. Teachers ensure that materials are addressed consistently throughout the year. They support and provide encouragement to the students as the share their time between the two programs.

EFAC students begin 1h earlier than American students, and must arrive at school by 7:50am. During the day they pass from one class to another depending on their schedules. The pace is intense and family support is paramount. EFAC students also have the opportunity to participate in extracurricular activities after school, after 3:45pm.

Therefore, it is no surprise if, thanks to Ms. Isabelle DAVID’s leadership, 100{4d24daa5a359aa22e51c71c531e935ff229d31c7c5eb0da4885e362fa152ead6} of her students successfully pass the French Baccalaureate and 87{4d24daa5a359aa22e51c71c531e935ff229d31c7c5eb0da4885e362fa152ead6} of them pass with distinction while collecting multiple awards and medals… Please check their terrific year-round calendar of social events and activities (http://www.efachicago.org/community/events/) bringing together students, teachers and parents of EFAC, Abraham Lincoln School and Lincoln Park High School.

So it is with great pride that Patrick BOURBON, President of the Union of French and Francophones of Chicago (UFEC), Executive Director of Cultural Affairs MDFDE/Chicago and Head of Delegation #MDFDE/Paris-NYC16/Midwest, and myself welcome Ms. Isabelle DAVID, UFAC, Abraham Lincoln School and Lincoln Park High School aboard our MDFDE. Go Team MDFDE/USA-Chicago! And Long Live French-American Education in the Successful Midwest!

The French-American School of Chicago 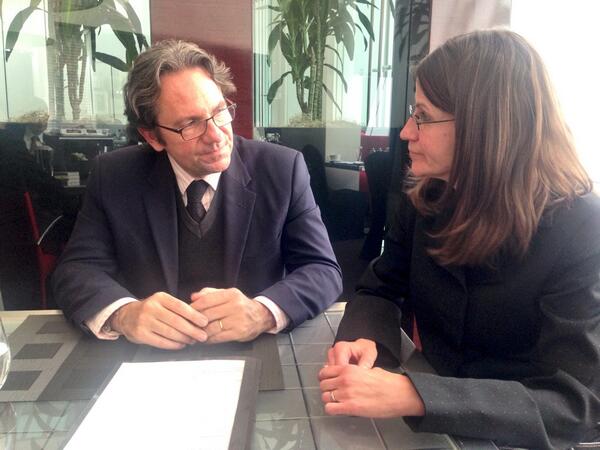 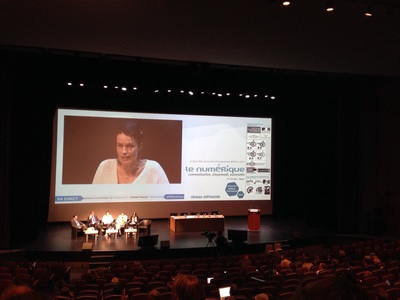 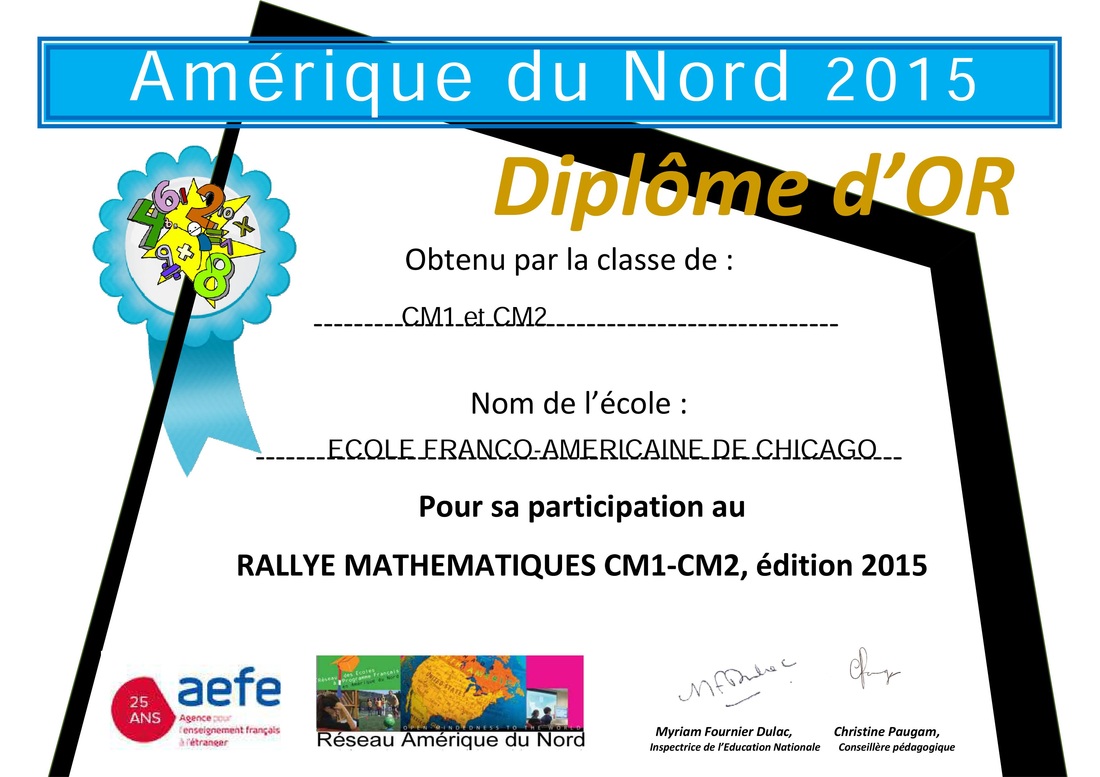