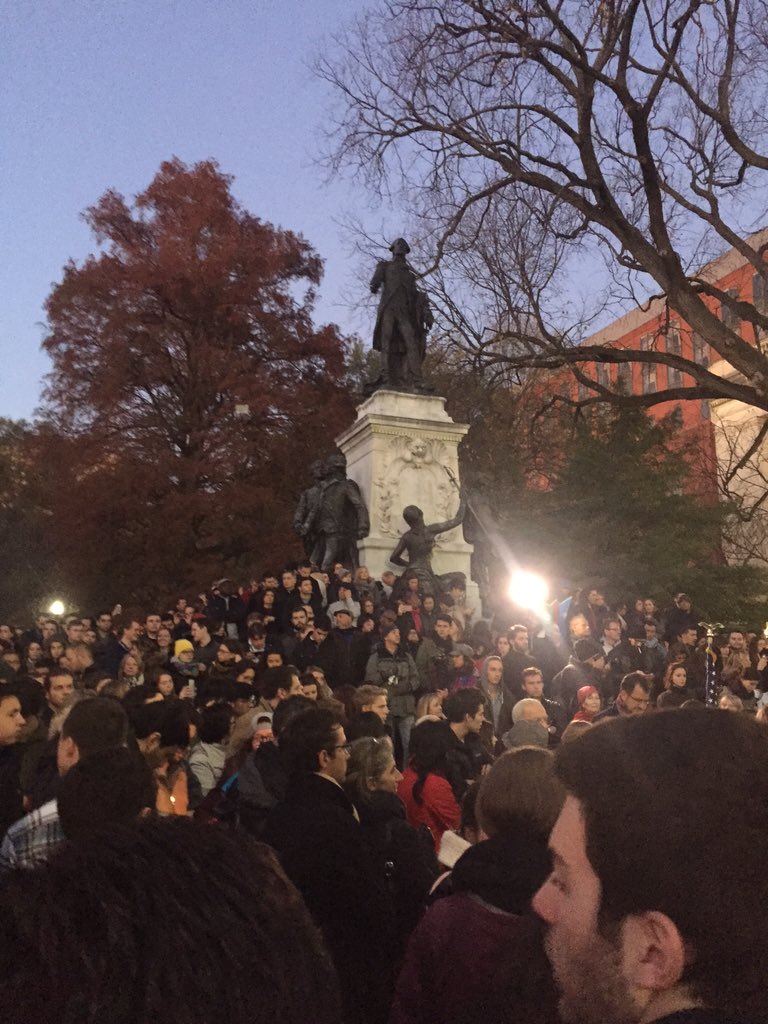 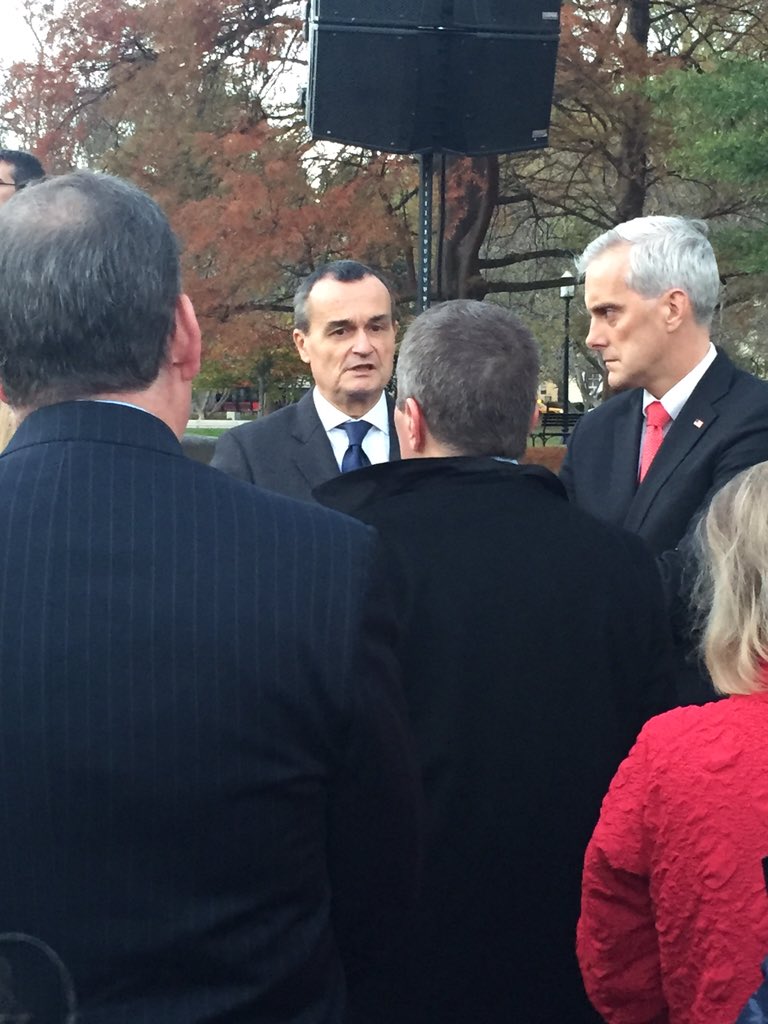 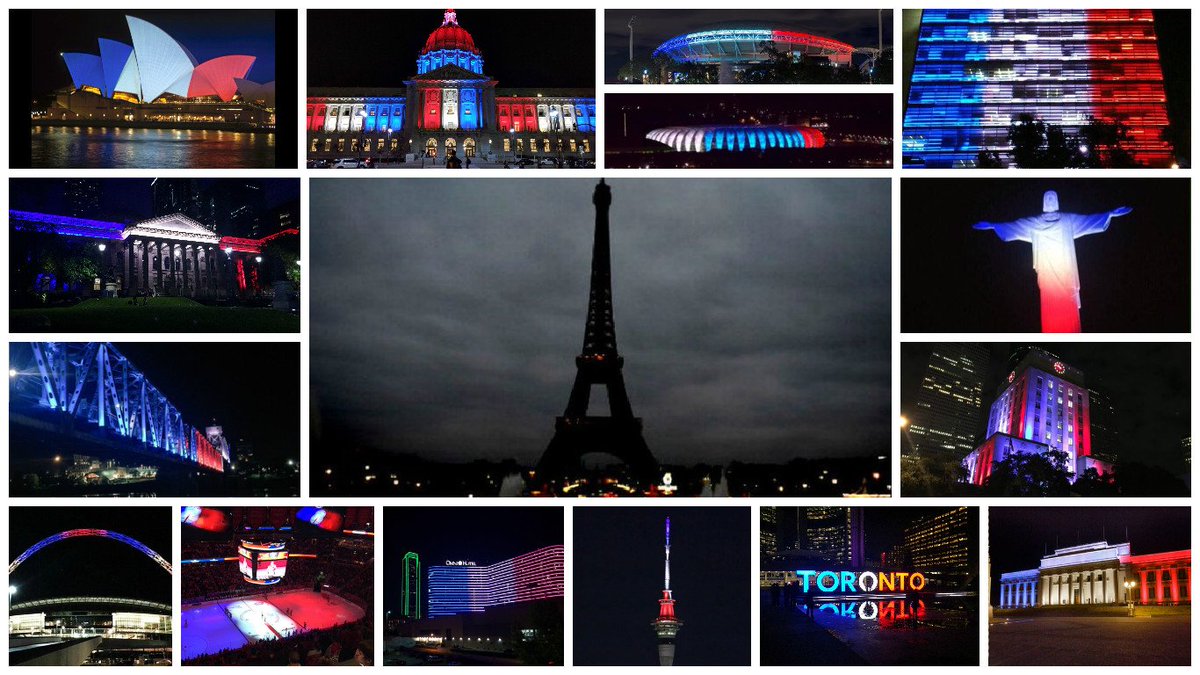 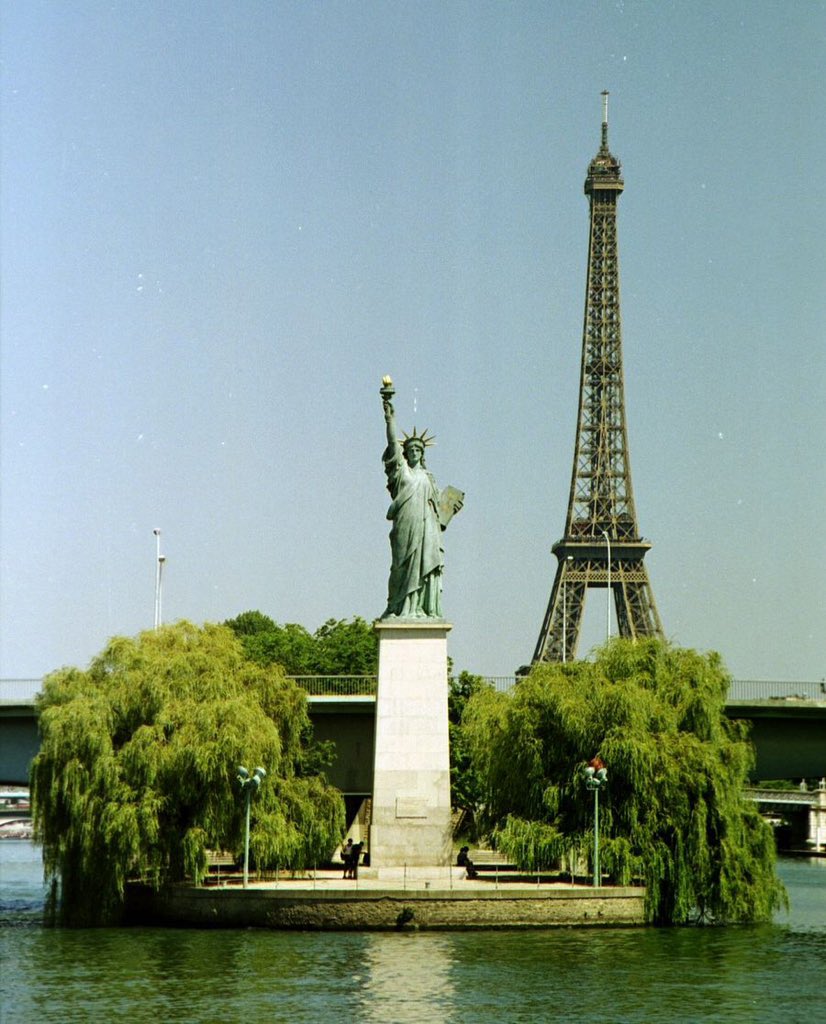 President Obama Offers a Statement on the Attacks in Paris. Watch Here:

Summary: President Obama gave remarks on the situation in Paris, as details surrounding the tragedy continue to unfold.

We stand prepared and ready to provide whatever assistance that the government and the people of France need to respond. France is our oldest ally. The French people have stood shoulder to shoulder with the United States time and again. And we want to be very clear that we stand together with them in the fight against terrorism and extremism.

Paris itself represents the timeless values of human progress. Those who think that they can terrorize the people of France or the values that they stand for are wrong. The American people draw strength from the French people’s commitment to life, liberty, the pursuit of happiness. We are reminded in this time of tragedy that the bonds of liberté and égalité and fraternité are not only values that the French people care so deeply about, but they are values that we share. And those values are going to endure far beyond any act of terrorism or the hateful vision of those who perpetrated the crimes this evening.

We’re going to do whatever it takes to work with the French people and with nations around the world to bring these terrorists to justice, and to go after any terrorist networks that go after our people.

We don’t yet know all the details of what has happened. We have been in contact with French officials to communicate our deepest condolences to the families of those who have been killed, to offer our prayers and thoughts to those who have been wounded. We have offered our full support to them. The situation is still unfolding. I’ve chosen not to call President Hollande at this time, because my expectation is that he’s very busy at the moment. I actually, by coincidence, was talking to him earlier today in preparation for the G20 meeting. But I am confident that I’ll be in direct communications with him in the next few days, and we’ll be coordinating in any ways that they think are helpful in the investigation of what’s happened.

This is a heartbreaking situation. And obviously those of us here in the United States know what it’s like. We’ve gone through these kinds of episodes ourselves. And whenever these kinds of attacks happened, we’ve always been able to count on the French people to stand with us. They have been an extraordinary counterterrorism partner, and we intend to be there with them in that same fashion.

I’m sure that in the days ahead we’ll learn more about exactly what happened, and my teams will make sure that we are in communication with the press to provide you accurate information. I don’t want to speculate at this point in terms of who was responsible for this. It appears that there may still be live activity and dangers that are taking place as we speak. And so until we know from French officials that the situation is under control, and we have for more information about it, I don’t want to speculate.

Thank you very much.

I join President Obama in offering my deepest condolences to all those wounded and to the families who lost loved ones in today’s terrorist attacks in Paris. It’s heartbreaking. Outrageous. The American people understand and share the pain the people of Paris are going through. As these tragic events unfold, the investigation continues, and we learn all of the details of what’s happened, the United States stands ready to support the French government and the people of Paris. And, as we’ve done before, in the face of dangers and threats, we will look out for one another. We will stand together. We will never bow. We will never break. That’s the character of our two nations. We are bound by timeless democratic values that the cowardice and perverse ideologues of extremist networks can never match, wherever they are. Such savagery can never threaten who we are. We will respond. We will overcome. We will endure.

IMAGE: Empire State Building in New York has lit up with colours of the French flag on Nov. 13, 2015. 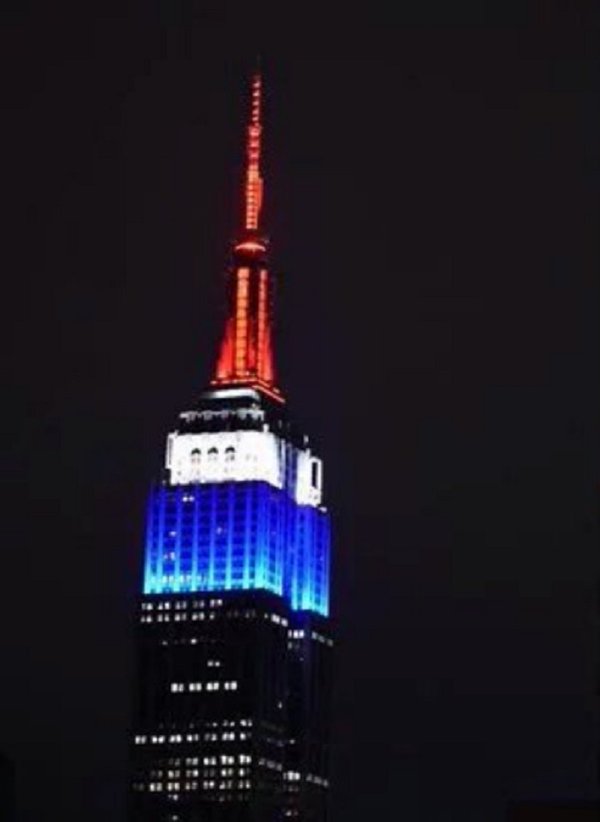