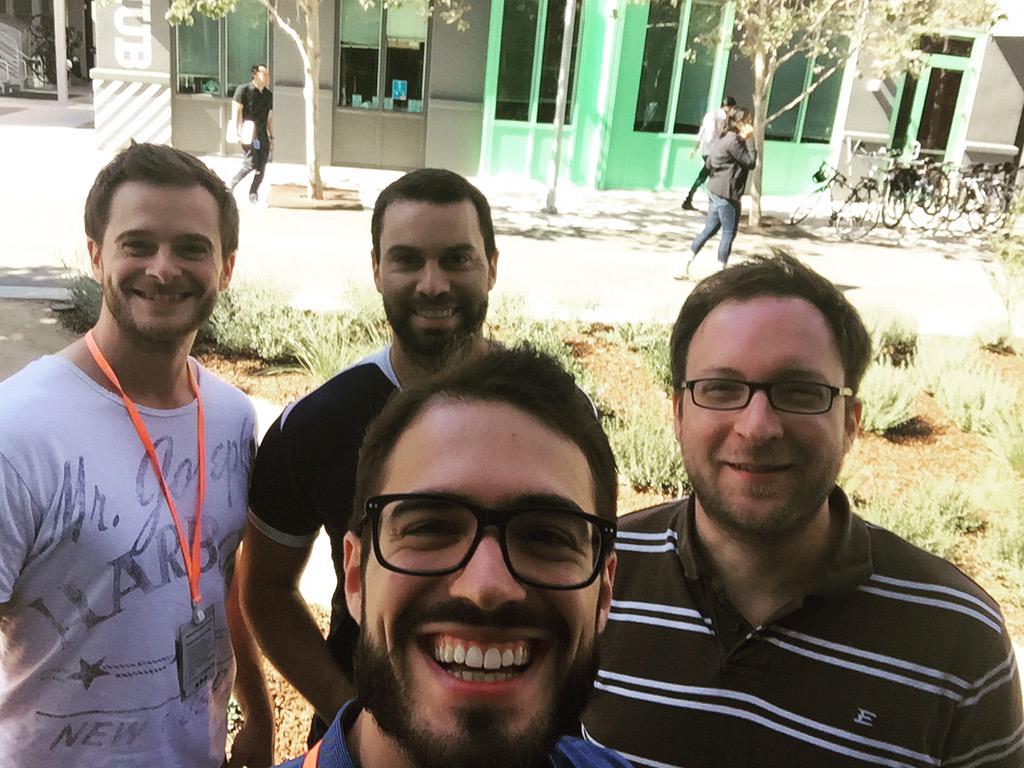 WOW! So proud of you guys for accomplishing so much already in San Francisco and Silicon Valley and in such a short time!

With our very best wishes of continued success to you, the @holbertonschool @TechMeAbroad and all our talented French engineers @While_42 for the future worldwide!

P.S. Looks like “Leon” is not going “home” anytime soon…

Pizza, T-shirts and Coding: An Education in the Human Connection

Funding a school is not a familiar venture for us, but investing in talented entrepreneurs? We know all about that.

It seems everyone wants to be a software engineer these days, thanks to a demand for quality programmers in nearly every industry. The need has spurred a wave of “learn quick” coding programs and bootcamps, and business is booming.

While we at Trinity Ventures recognized how important this transition is for the tech industry, we never considered investing in a software engineering school ourselves. Until we heard from Julien Barbier. When he said he wanted us to fund Holberton School, we said yes.

I first met Julien when he was the head of growth and marketing at Docker, the open-source application container engine. I watched him turn a tiny marketing budget into a huge network of Docker ambassadors and evangelists. His efforts really helped to make Docker what it is. As Julien’s pizza parties grew, so too did the Docker fanbase. He learned how to tap into the basic human desires for recognition, and opportunities for collaboration and personal development, to nurture fans everywhere. These individual engineers would then go to their companies and ask to use Docker. It was really their collective voices that drove the awareness, interest and adoption that Docker is seeing today.

A view of the crowd at DockerCon in Europe

Julien is a software engineer who understands the value of human connection. He likes to say he achieved the momentum around Docker with nothing but pizza, t-shirts and love. He made sure the developers he met got the recognition they deserved. Every time a developer would blog about Docker, he would not just promote the content, he would make sure Docker sent traffic back to the developer’s own site and help raise the developer’s profile on social media. This made for happy developers and happy developers converted their friends.

This wasn’t the first time Julien built a community. He has a history of bringing developers together and I think he can parlay this experience into building a successful school. At the end of the day, the best schools create long lasting alumni networks that graduates can use as a resource for life. That is what Julien and his co-founders Rudy Rigot and Sylvain Kalache intend to do with Holberton School. This new institute is named after Betty Holberton, a programming pioneer who defied the stereotypes of her time. It is with the Holberton family’s permission, and with that spirit in mind, that Holberton School is seeking its first pupils.

Not only do I have every faith in Julien to turn Holberton School into a thriving, diverse community, but his enthusiasm for this venture has helped to educate us on the changing world of higher education. Holberton is not your typical coding school. The two year program is project-based and peer-driven, moving away from a traditional lecture and curriculum model. And there’s no skimping on quality education. Just as he was able to build a community at Docker, Julien has gathered a talented group of engineers, CEOs and product managers to mentor these students and help them understand the world of opportunities this education creates.

I think this is a vision that will speak to people of all walks of life, but it specifically gives young people another option as they consider life after high school. I hope this encourages many more who would not otherwise consider software development to see careers in technology as real, attainable and welcoming.

At the end of the day, education means helping people better themselves through learning. In Julien’s mind, that takes a human connection. And sometimes, a slice of pizza. 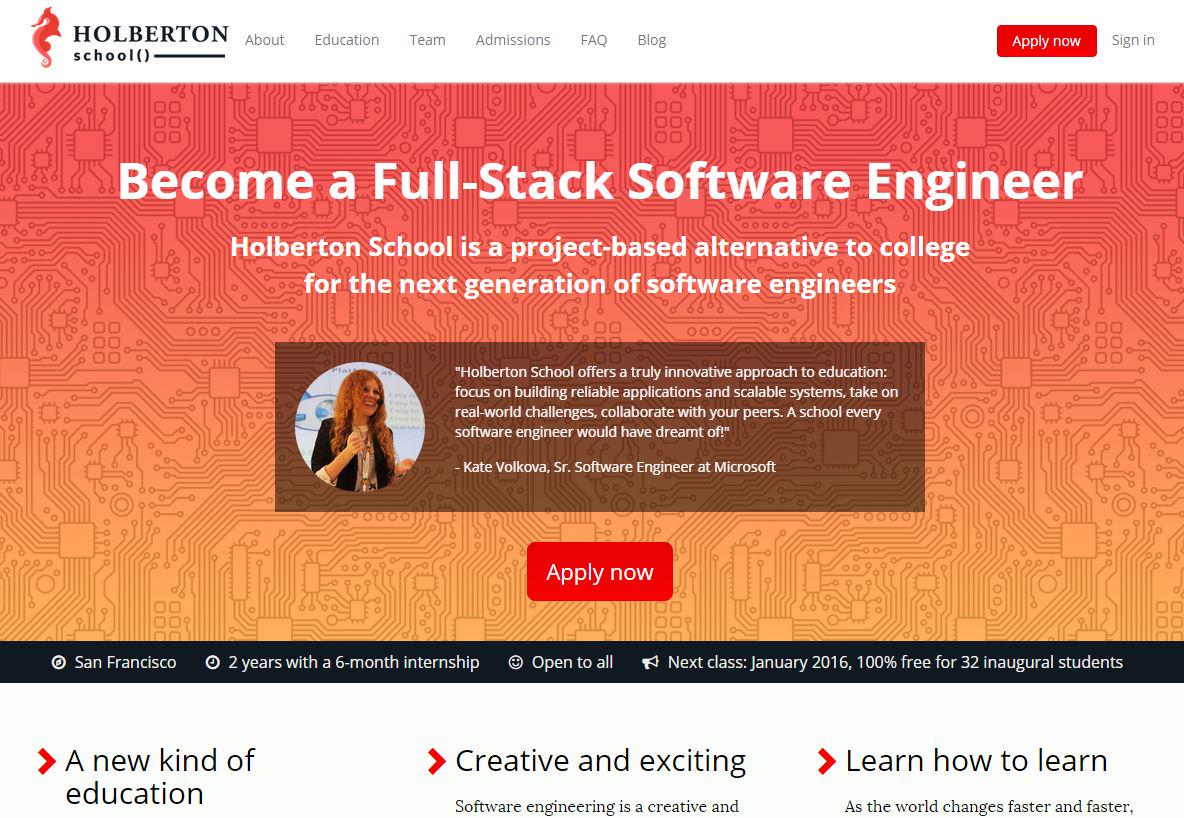 Born Frances Elizabeth Snyder, Betty Holberton attended the University of Pennysylvania, where on her first day of classes, she was reportedly told by her math professor to quit wasting her time attempting a mathematics degree and to stay home and raise children. Holberton instead studied journalism, then went on to be hired by the Moore School of Eningeering to be one of the first “computors” to work on ENIAC.

Apparently her professor was wrong, as she became the Chief of the Programming Research Branch, Applied Mathematics Laboratory at the David Taylor Model Basin in 1959, helped to develop UNIVAC, wrote the first generative programming system (SORT/MERGE), and the first statistical analysis package for the 1950 U.S. Census. Holberton worked with John Mauchly to develop the C-10 insturctions for BINAC (generally considered to be the origins of modern programming languages), and also worked with Grace Hopper in the early standards of COBOL and FORTRAN. Not only did Holberton create commands, but she was also responsible for developing the numeric keypad and for making computers that awful beige color. Holberton was the only woman, of the original six ENIAC programmers, to receive the Augusta Ada Lovelace Award in 1997 (Bouman). 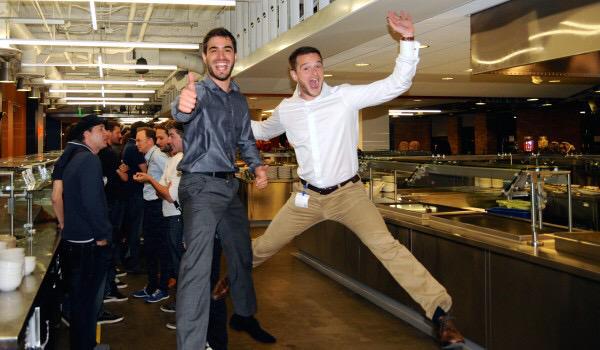 Sylvain and Julien (excited about their new move?)

The three accomplices are making a name for themselves in the tech community of the Silicon Valley (and not just for while42 crazy afterparties…): Sylvain as the genius tech engineer and recurring events photographer, Julien as the social marketing guru and growth hacking expert, and Rudy as the brilliant computer programmer and smart content creator. But they are even better known as a tremendous team, constantly chasing the next big thing.

Their list of accomplishments so far is already impressive:

I might be omitting many of their other hobbies, such as Sylvain’s passion for vinegar production and Julien’s dedication to his one year-old son! But I am sure that even in that respect, code is involved… (Let’s be honest Julien, deep down you’re hoping that your son’s first words won’t be “Daddy” but “Hello, World!”)

In other words, coding has been running in the blood of the three serial co-founders since forever. All of their projects evolve around the idea that software engineering is a fundamental of the tech industry… But also that anyone born with the potential to code should be given the opportunity to be trained!

This train of thought is what led them to their latest initiative. Today Sylvain, Julien and Rudy are inaugurating the new San Francisco-based Holberton School, as an alternative to college, online courses and other coding bootcamps. Their goal is to­­ “train high quality full­stack software engineers in two years by using a project-­based and peer learning system already proven in Europe to scale to graduate thousands of elite engineers a year”.

The Holberton School raised $2 million in a seed round led by Trinity Ventures and including Jerry Yang (former CEO of Yahoo!), Partech Ventures, Solomon Hykes (Docker) and Jonathan Boutelle (Slideshare), and has the support of more than 70 mentors from leading tech companies like Amazon, Facebook, Google, IBM, Netflix, Uber, and Yahoo! And I surely hope to join them soon (subliminal wink)… 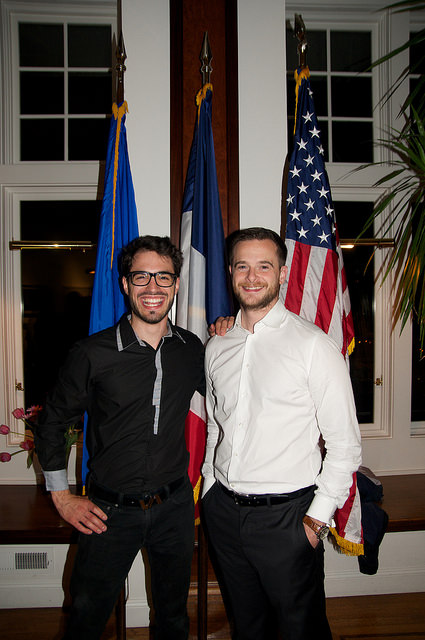 Posing in front of the Residence’s official French and American flags @while42 Meet-up, May 2015

The ambition lying behind the creation of the Holberton School is to drive more diversity to the industry. The choice of the school’s name is symbolic in that matter: Betty Holberton was a programming pioneer, a reminder that women are at the core of software engineering since its inception and that more diversity in tech would have a big positive social impact! As the three cofounders express it: “We strongly believe that no matter the gender, sexual orientation, nationality, ethnicity or social status, everyone should be given the chance to become the next Betty Holberton”. One of the industry’s main challenges is indeed the shortage of female software engineers in Silicon Valley. To help remedy this, Holberton has “15 brilliant female mentors at Holberton.” Barbier is quick to point out, “We feel very proud and lucky to have them on board,” but “not because they are women.” Rather, it’s “because they are amazing as software engineers, CEOs, or industry leaders in their field.” 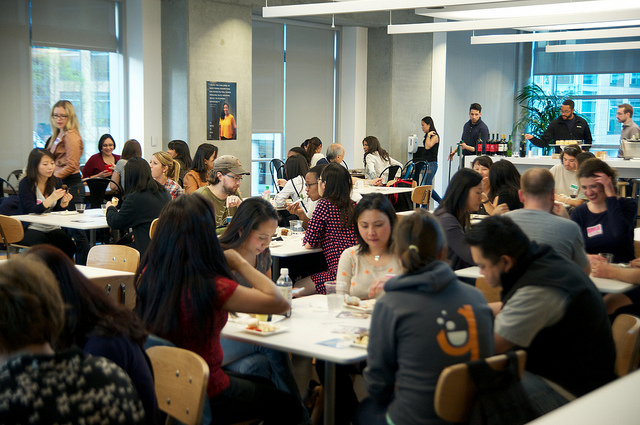 The Holberton School is accepting applicants from now on. The inaugural class, starting January 2016, will get free tuition and students need not have any high school or other academic credentials to apply. Classes have no formal teachers and no formal courses throughout the two-year program. Students will, however, have the benefit of mentors from the school’s tech partner companies. Learning is project-centered and students will face problems of increasing difficulty throughout their program, preparing them for workplace tasks.

I guess, time has come for me to stop writing for this blog and eventually start coding (I mean something else than html) and apply for the program: https://www.holbertonschool.com/apply.

Plus the school is open to anyone, ages 18 to 128… Why 128?… I guess that’s another of their computer geeks’ references and for Sylvain and Julien to remind us that their adventure all started with the creation of while42 around the other magic number a few years back. If only I had a 128-bit CPU brain to get the insider joke… Or did they mean 126, as they are 3 while42 core members? 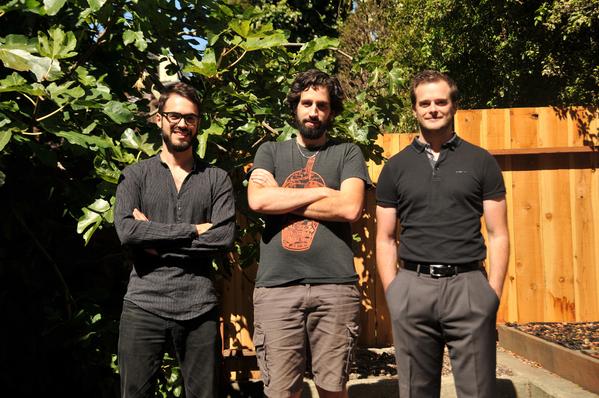 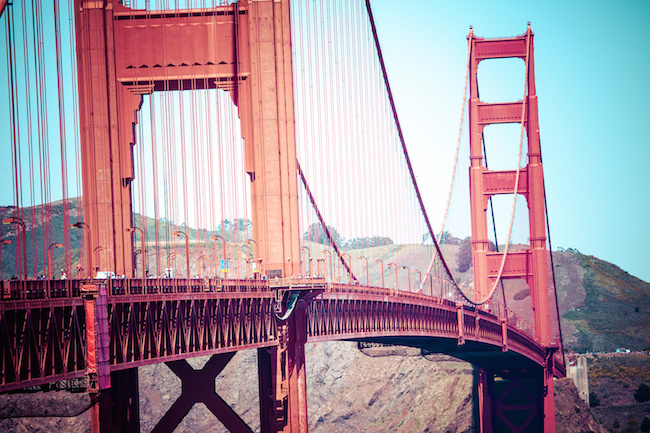