On behalf of our members MDFDE and friends who will be celebrating with us via our ambitious project #MDFDE/Paris-NYC16 the 130th Anniversary of Lady Liberty next year, in New York City, I would like to acknowledge and extend my heartfelt thanks and gratitude to U.S. Interior Secretary Sally Jewell, the Statue of Liberty National Monument and Ellis Island Superintendent John Piltzecker, all past and present NPS personnel, and The Statue of Liberty-Ellis Island Foundation, Inc. for all their work and dedication in taking care of our One And Only Statue of Liberty, universal symbol of Freedom, Peace and Humanity.

Happy 129th Birthday Lady Liberty and many many more!

On a gloomy, rainy day like today, the #StatueofLiberty was dedicated in 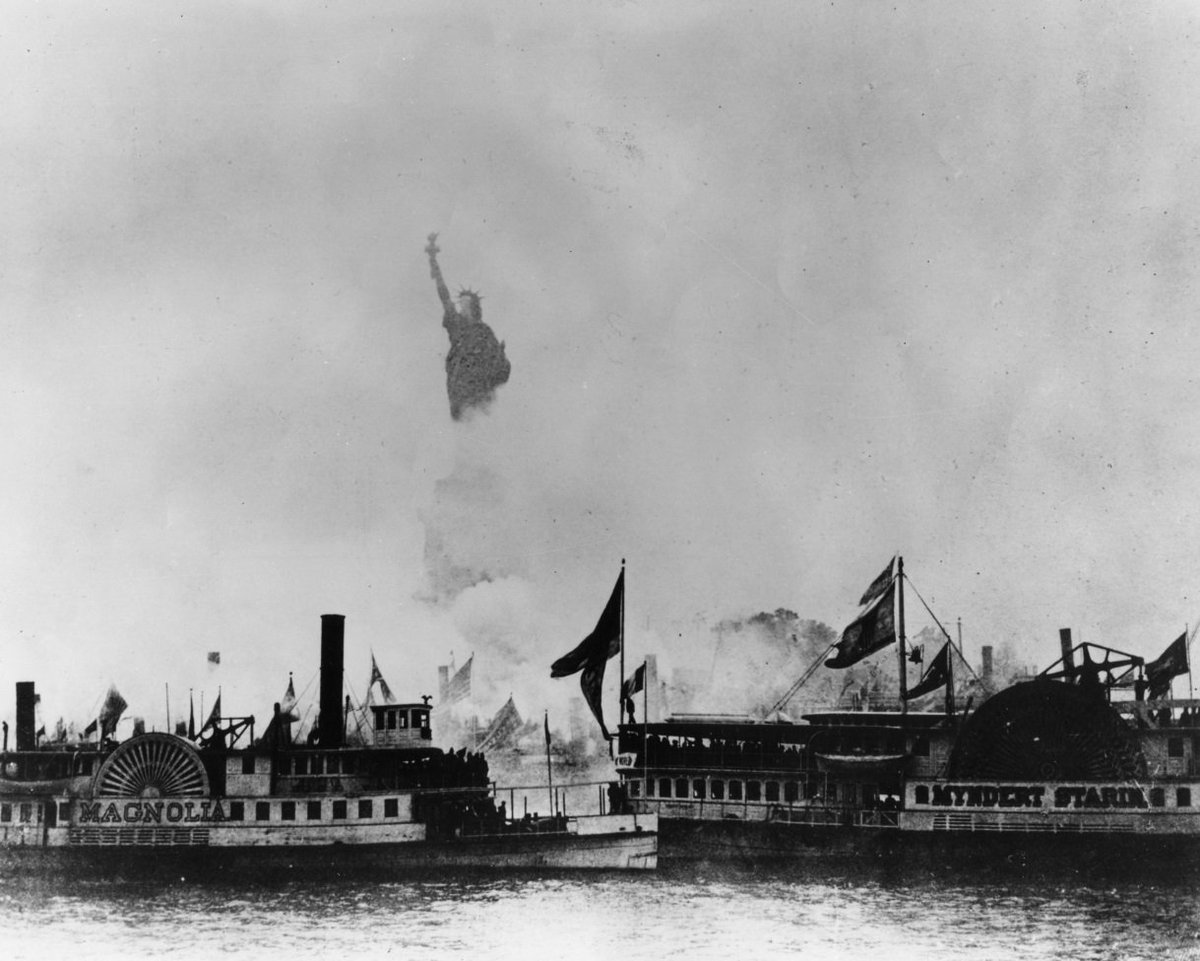 Statue of Liberty NM a Retweeté

US Dept of Interior ‏@Interior 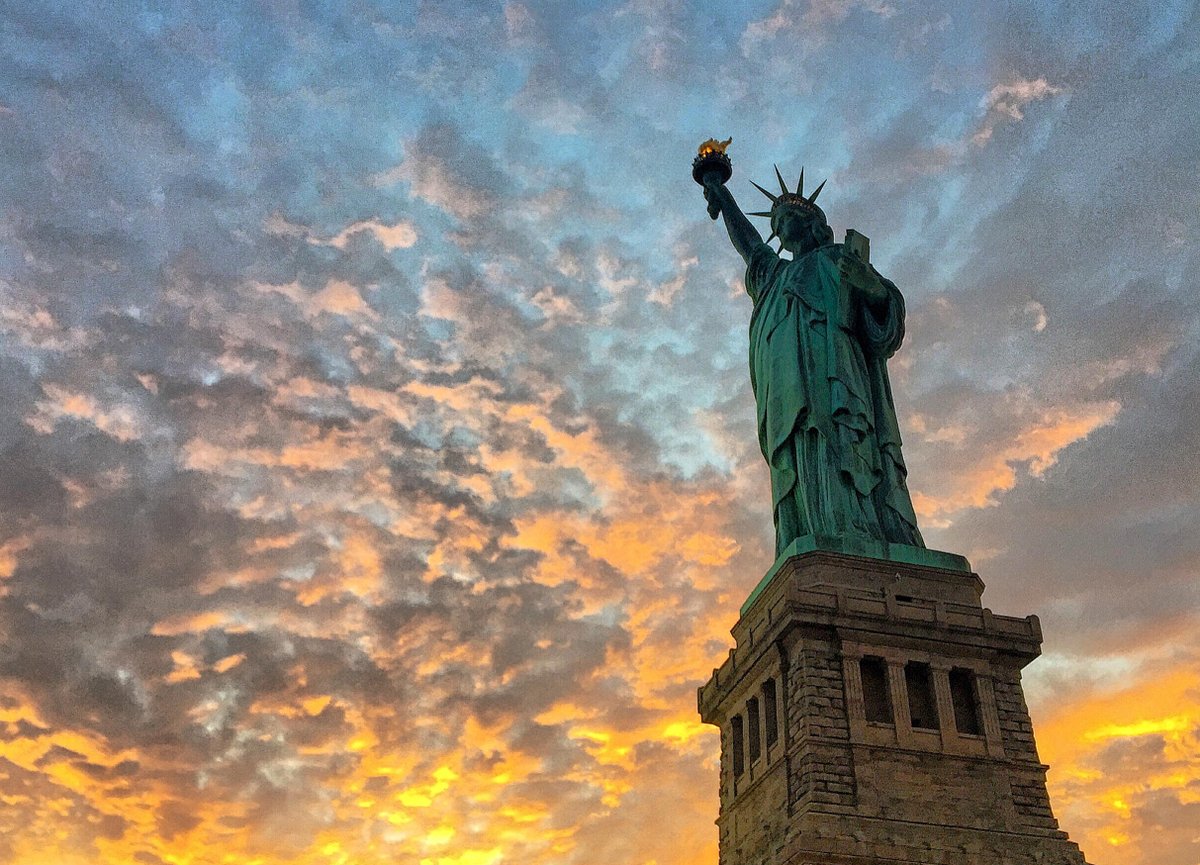 Guess who’s 129 today? #HappyBirthday #LadyLiberty! And she doesn’t look a day over

Statue of Liberty NM a Retweeté

Happy 129th birthday, #LadyLiberty! Be there for her big day with our webcams: 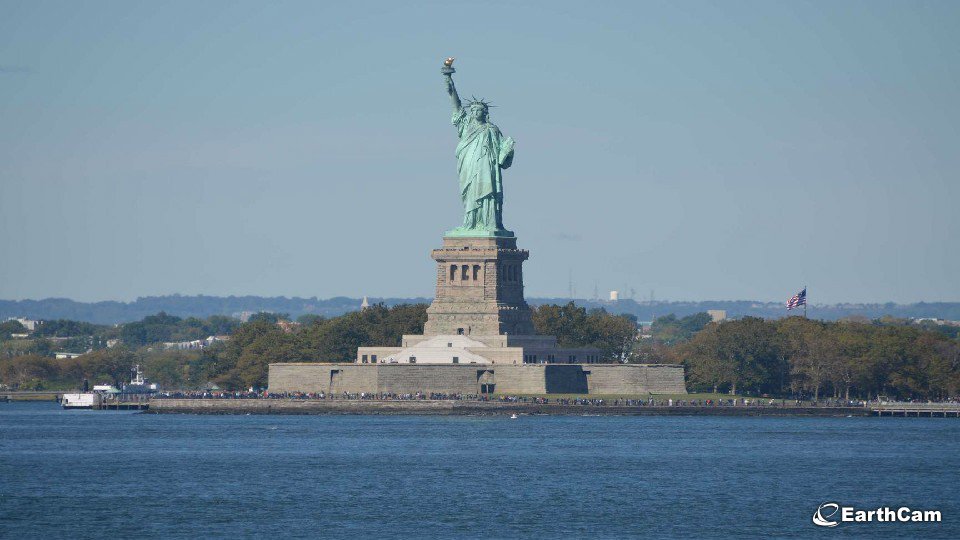 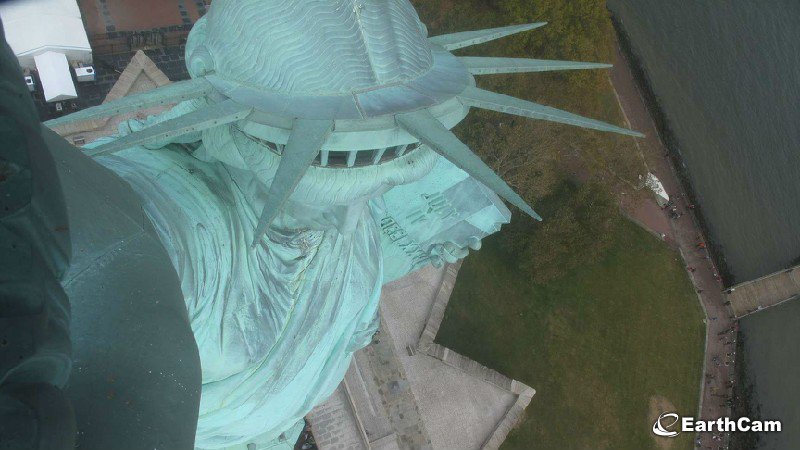 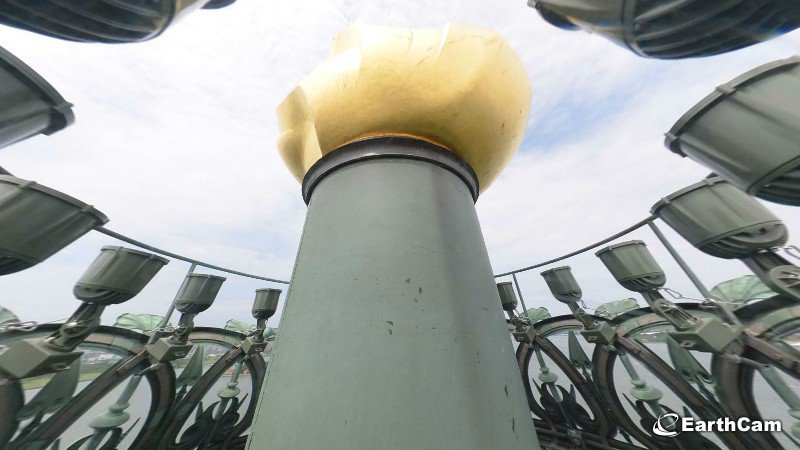 Happy 129th Birthday to the Statue of Liberty

The Statue of Liberty was dedicated 129 years ago today, on October 28, 1886. Conceived by politician Edouard Rene de Laboulaye, designed by sculptor Frederic August Bartholdi, and built by architect Gustave Eiffel, Liberty Enlightening the World was a gift to the United States from the people of France. Cared for by the National Park Service, the statue has served as a welcoming figure to millions of immigrants, a cultural touchstone for generations, and a symbol of freedom for the world. 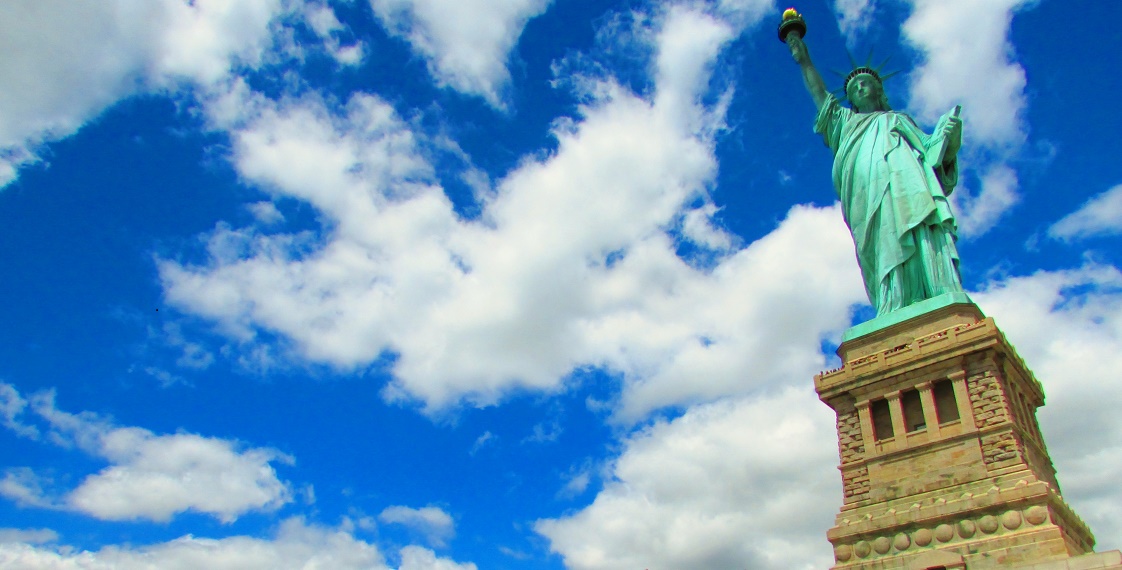 After the Union victory in the Civil War, Laboulaye wanted to honor the United States for the abolition of slavery and a reaffirmation of the nation’s commitment to freedom and democracy. He proposed the construction of massive monument to strengthen the ties between France and the United States and to encourage democracy around the world. To Laboulaye, the United States’ government was not so much a story of triumph against odds but rather the “natural end-product of two centuries of work and freedom”.

Working with Bartholdi and others, Laboulaye shared his ideas with influential Americans and began to raise funds. Bedloe’s Islands in New York Harbor was selected as the site and American architect Richard Morris Hunt designed the massive pedestal that would support the statue. The statue arrived from France on June 17, 1885, but a lack of funds had slowed pedestal construction. Luckily, a media campaign led by Joseph Pullitzer quickly raised the money and the statue and base were finished in the following year.

President Grover Cleveland presided over the dedication ceremony with many American and French dignitaries in attendance. Bartholdi had the honor of unveiling the statue’s face. New York City and the nation rejoiced. 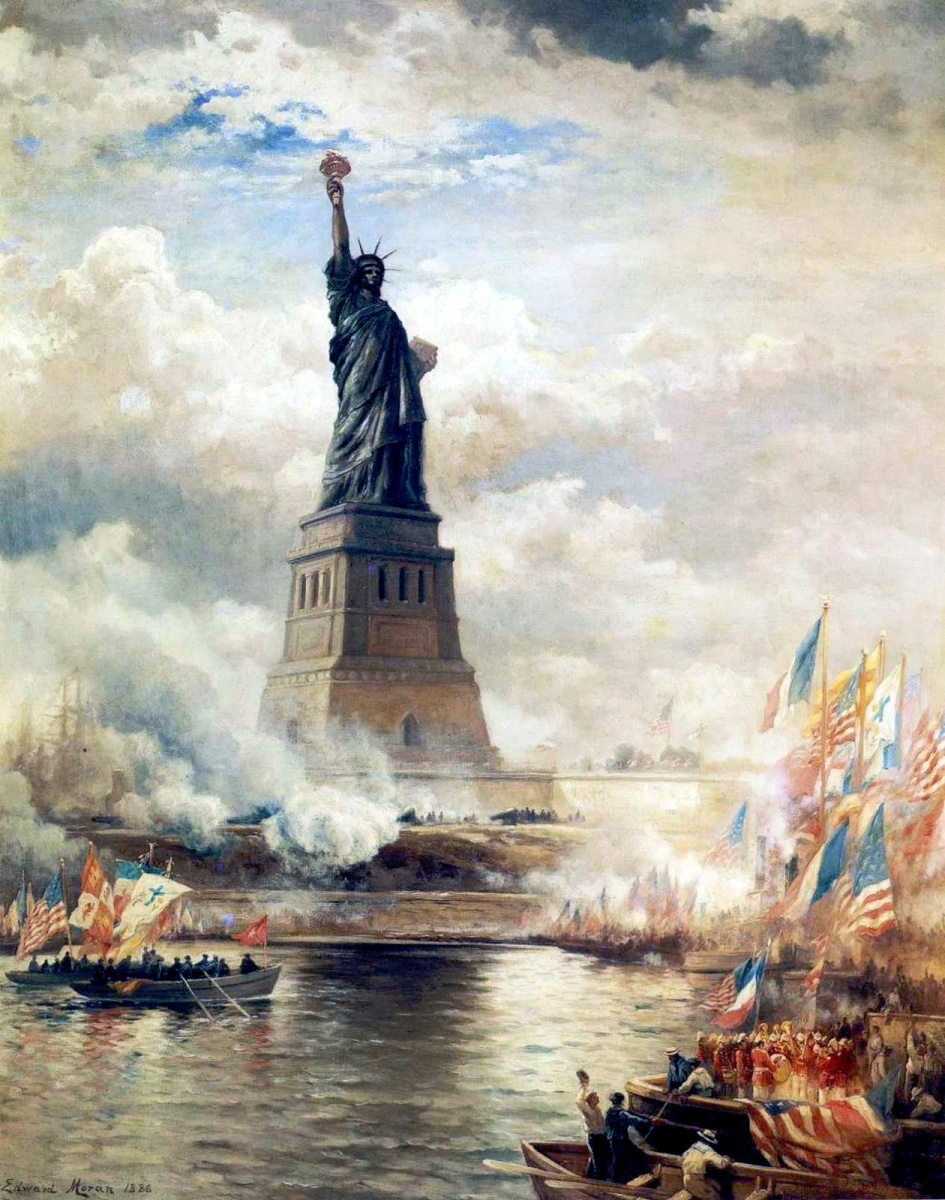 A painting of the dedication by Edward Moran

Immediately, the statue became a national symbol and was one of the first things seen by almost 14 million immigrants entering the U.S. through New York. Taking on the role of guardian to the poor and persecuted, Lady Liberty became known as the “Mother of Exiles” and a plaque engraved with Emma Lazarus’s poem “The New Colossus” immortalized the statue’s call to “give me your tired, your poor, your huddled masses yearning to breathe free.” 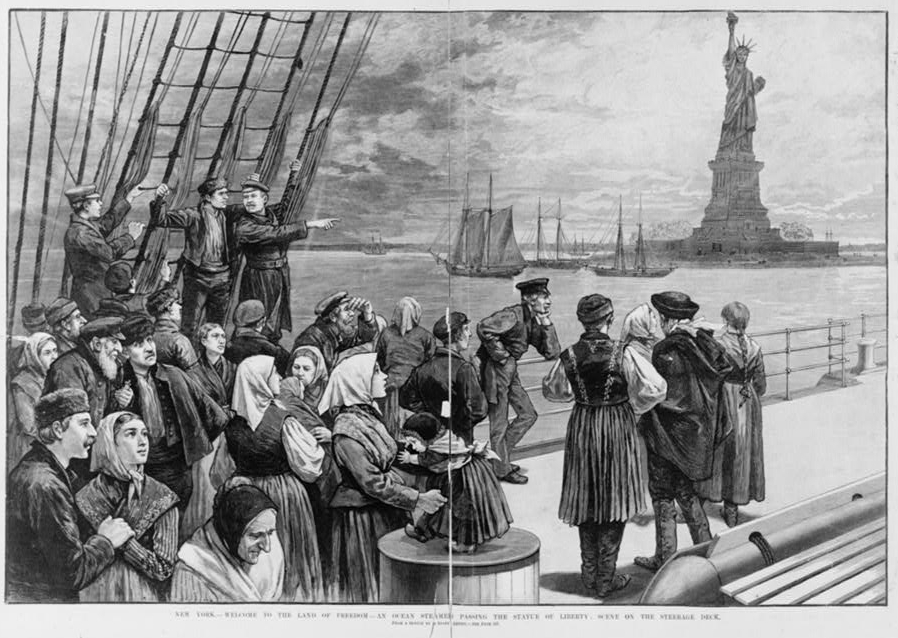 In sadness and celebration, the Statue of Liberty comforts and inspires our nation. After these 129 years, it’s impossible to imagine an America without the Statue of Liberty. Her touch held high, her empowering spirit reminds the world of the determination and resilience of the American people. 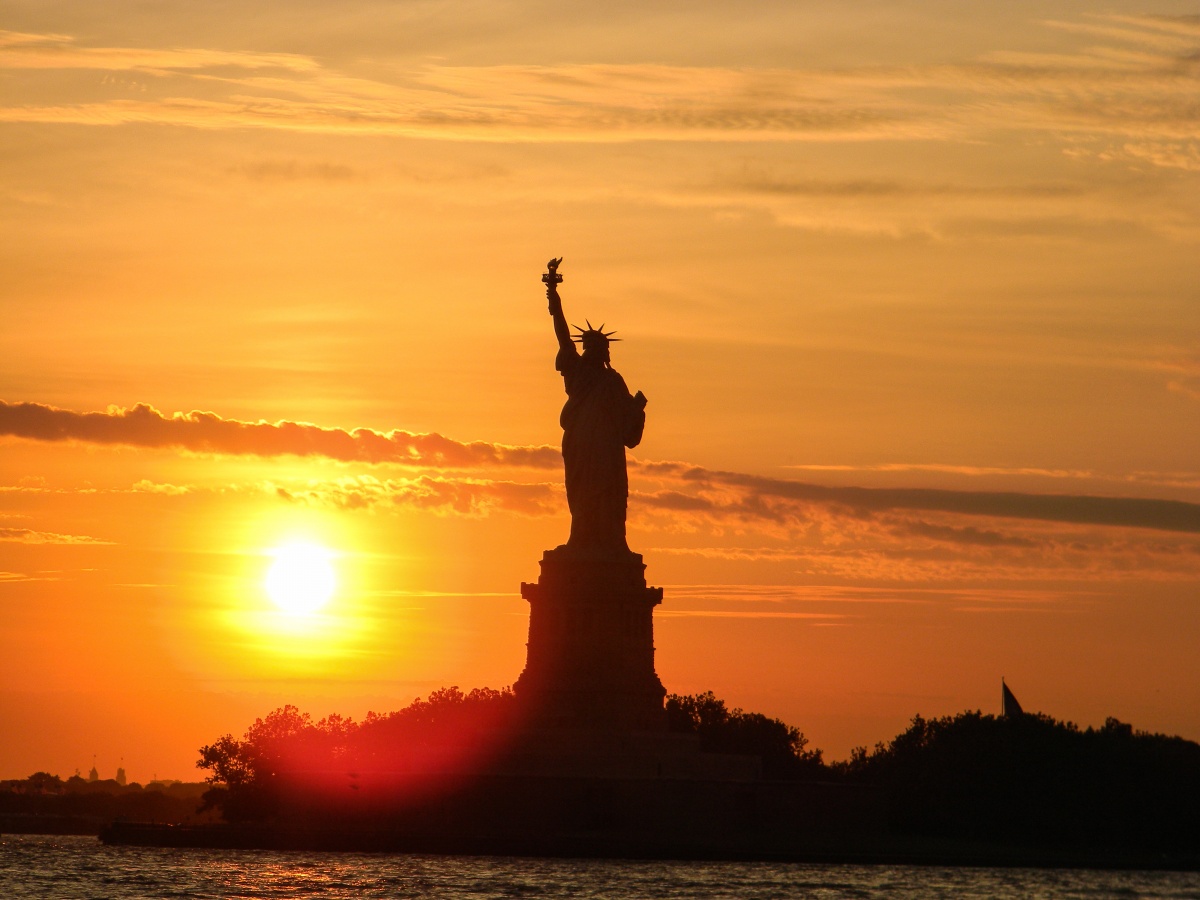 The Statue of Liberty at sunset. Photo by Sreenath Kattopuzhackal (www.sharetheexperience.org)

For more information about the Statue of Liberty and Ellis Island, go to: www.nps.gov/stli 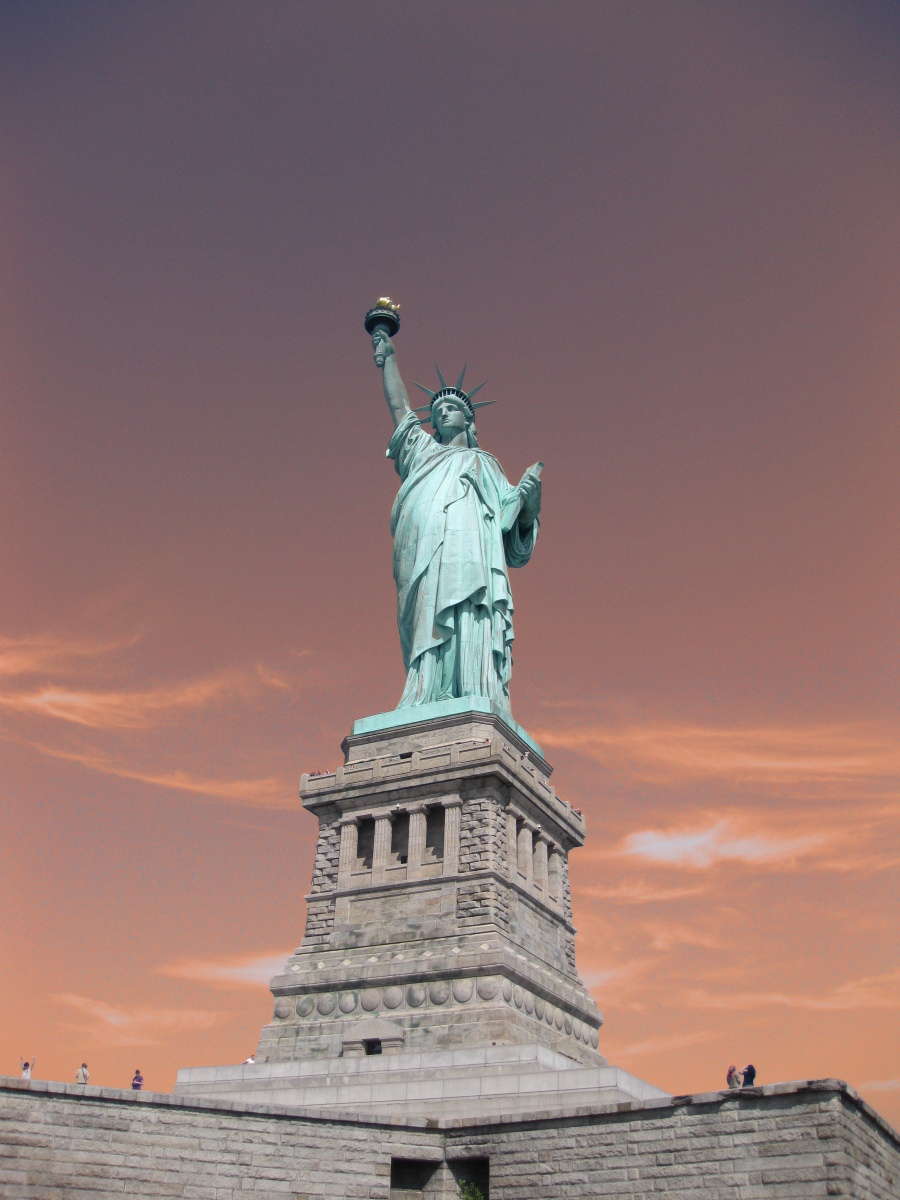 The Statue of Liberty. Photo by Brady Edwards (www.sharetheexperience.org)

Creating the Statue of Liberty

Frederic-Auguste Bartholdi placed his Statue on a federally owned island called “Bedloe’s” in New York Harbor. His original concept was to place a statue of a woman at the opening of the Suez Canal in 1869.

The Statue of Liberty is a Colossal Lady

She will be 129 years old on Oct. 28, 2015, but the years have been kind. She stands erect and unbowed. With untiring constancy, she beckons with her lighted torch the homeless, the hopeful and the oppressed of the world. On her island pedestal, she is a welcoming symbol of the greatest dream of mankind — liberty.

How many hearts have gladdened at the sight of her? How many millions have felt their prayers answered upon arriving in her presence? How many refugees have felt secure at passing behind the folds of her robes? To millions of immigrants, she represents a new beginning — her torch the flame of opportunity.

Perhaps it is fitting that she, too, is an immigrant. Born in Paris in 1884, she was named La Liberté éclairant le monde. A gift of the people of France, she came to this country at an early age and assumed her vigil in New York Harbor in October 1886. Her creator, Frédéric Auguste Bartholdi, chose the site with the thought of “liberty enlightening the world.”

Designed to celebrate American liberty and the friendship of two nations, she became a symbol of hope to people the world over.

The American people immediately shortened and Anglicized her name and accepted her into their hearts. Tens of thousands visit her on her island each year. There, high above the waters of the bay, the panorama of metropolitan New York unfolds in unparalleled splendor. There, the visitor can follow her gaze seaward in search of incoming ships. To others, she seems to wave a bon voyage with best wishes for a safe return.

Her dimensions are awe-inspiring. Standing on her 150-foot pedestal, she towers yet another 150 feet to become a significant part of the New York skyline. Her skeleton framework, designed by Gustave Eiffel, the designer of Paris’ Eiffel Tower, supports some 200 tons of copper and steel. The tablet, inscribed with the date July 4, 1776, which she holds in her left hand, measures an immense 23 feet. Everything about her is colossal.

And yet perhaps it is the distance that sets her in the proper perspective. Watch her someday from the deck of an inbound ship or from the window of a circling airliner. Or stop someday in Battery Park in lower Manhattan and watch her from across the bay. See her in the fullness her creator intended. Gracious, proud and radiant, she stands amid the fruits of a society founded in her name.

Just as Americans have adopted her as their own, it is also their hope and dream that someday she will embrace all mankind. In her name, the sacrifices of our patriot forefathers are being repeated today in all corners of the world.

The grandsons and granddaughters of our forefathers are now in more than 200 countries around the world fighting oppression, defending liberty, providing health care, feeding the hungry, building schools, constructing safe water systems, teaching hungry minds and serving a multitude of other humanitarian tasks.

We have many memorials immortalizing the deeds of our founding fathers. Yet she is our only national monument to the motivating ideals they so cherished and their sons and daughters are now defending.

“An empty shell of copper and steel,” the realists will say. But though no heart beats within her, she is herself the heartbeat of America.

For she is liberty.

How did she make a difference to me?

I spent most of the Cold War winter of 1977 on sensitive intelligence missions to Poland, Czechoslovakia and Russia. The temperature never rose above 8 degrees Fahrenheit. After a long but successful period, I was escorted over rough terrain, deserted back streets and various hiding places for five hectic days and nights until the timing and opportunity were ripe to catch an Air France flight out of Moscow bound for Shannon, Ireland.

When I boarded the connecting flight to New York, I had gone without sleep for at least 80 hours.

The flight attendant awakened me as we approached New York, and she raised my window shade.

There she was, the Statue of Liberty.