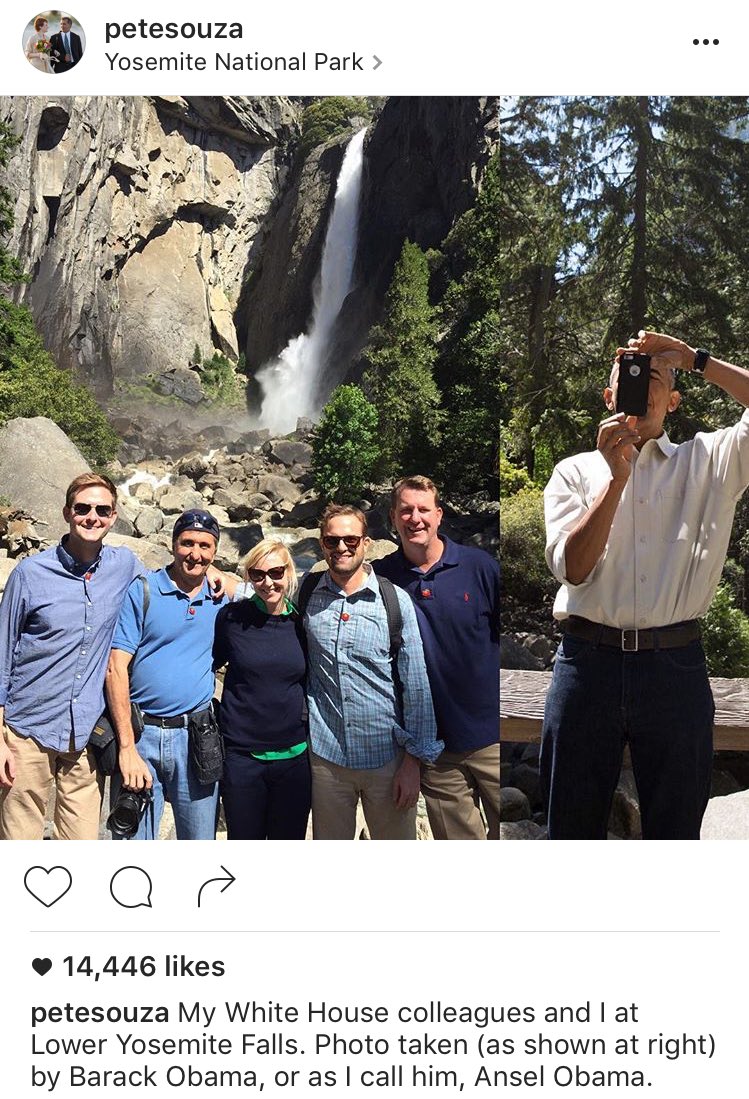 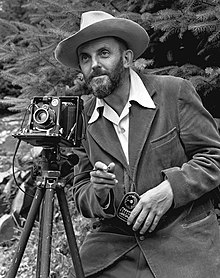 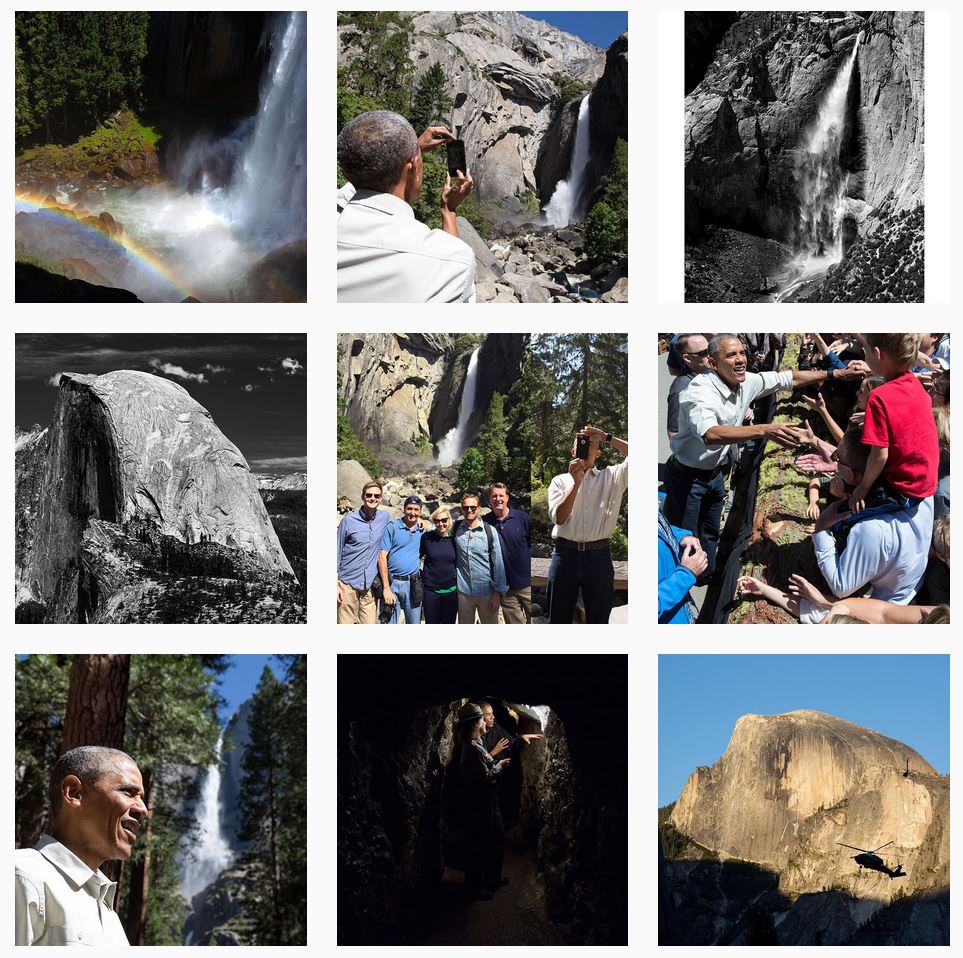 Standing in front of one of the most breathtaking backgrounds of any during his time in office, President Obama used a speech at Yosemite National Park today to tout his conservation legacy while calling for more action to prevent climate change.

“You can’t capture this on an iPad, or a flatscreen, or even an oil painting,” Obama said. “You’ve got to come in and breathe it in here yourself.”

Obama’s speech was a celebration of the 100-year anniversary of the National Park Service, and a call for more Americans to take advantage of the great outdoors, with Obama expressing concern over children who had yet to ever visit a national park. Obama said his administration has established protection for more than 265 million acres of public lands and waters, and in the past has used several other family vacations to promote national parks.

“There’s something sacred about this place, and I suppose that’s why the walls of this valley were referred to as cathedral walls, because here at Yosemite we connect not just with our own spirit, but with something greater,” Obama said. “It’s almost like the spirit of America itself is right here.”

Chief official White House photographer Pete Souza posted on his Instagram account photos from Obama’s visit, including one image where Obama turns the tables on Souza

Obama also used the backdrop to call for more action on preventing climate change, which he has said is the greatest threat facing future generations.

Following the speech, Obama and the first family took off for a day-long hike around Yosemite.

Obama has used previous visits to parks to bring attention to climate change. He even appeared in a taping of an episode of Bear Grylls‘ reality show on a 2015 visit to the Alaskan wilderness.

They call the valley walls here at Yosemite “cathedral walls,” and I understand why. There’s something sacred about this place. At places like this, we connect not just with ourselves, but with something bigger — with the spirit of America itself.

Yesterday, our family visited the Carlsbad Caverns in New Mexico. We went down into a cave more than 700 feet underground. That park might not be as well known as Yosemite or Yellowstone, but trust me — the views there are just a…

(CNN) President Barack Obama spoke in front of one of Yosemite National Park’s picturesque waterfalls on a sun-splashed Saturday touting the importance of America’s parks, but cautioning the threat of climate change is real and affecting the planet now.

The President and first family are visiting Yosemite to mark the 100th anniversary of the National Park system. The Obama’s visited Carlsbad Caverns National Park in New Mexico on Friday.

In a speech with a small group of onlookers in front of the falls, Obama said he wants every child to be able to experience the beauty and majesty of the parks. He talked about his first visit to a big national park when he traveled from his native Hawaii to Yellowstone National Park.

Obama remarked not just on the beauty of the parks but also the threats they’re under from climate change. He said officials at Yosemite told him climate change has already forced some bird habitats to move further north and long-standing wetlands have begun to dry up. Across the country, Obama said rising seas threaten everywhere from the Everglades to New York’s iconic Statue of Liberty.