A boat takes 8-year-old Zach Thibodeaux right up to the Statue of Liberty. Lady Liberty was one of three things he wants to see most before he loses his sight, and family and friends are helping him check those things off his list. Published: 14 April 2011 11:26 PM   Updated: 15 April 2011 09:04 AM  Photo Credits Tom Fox http://www.dallasnews.com/incoming/20110414-nm_13zachnyc5.jpg.ece

In accordance with the @WhiteHouse, the flag will be at half staff till 7/12, to 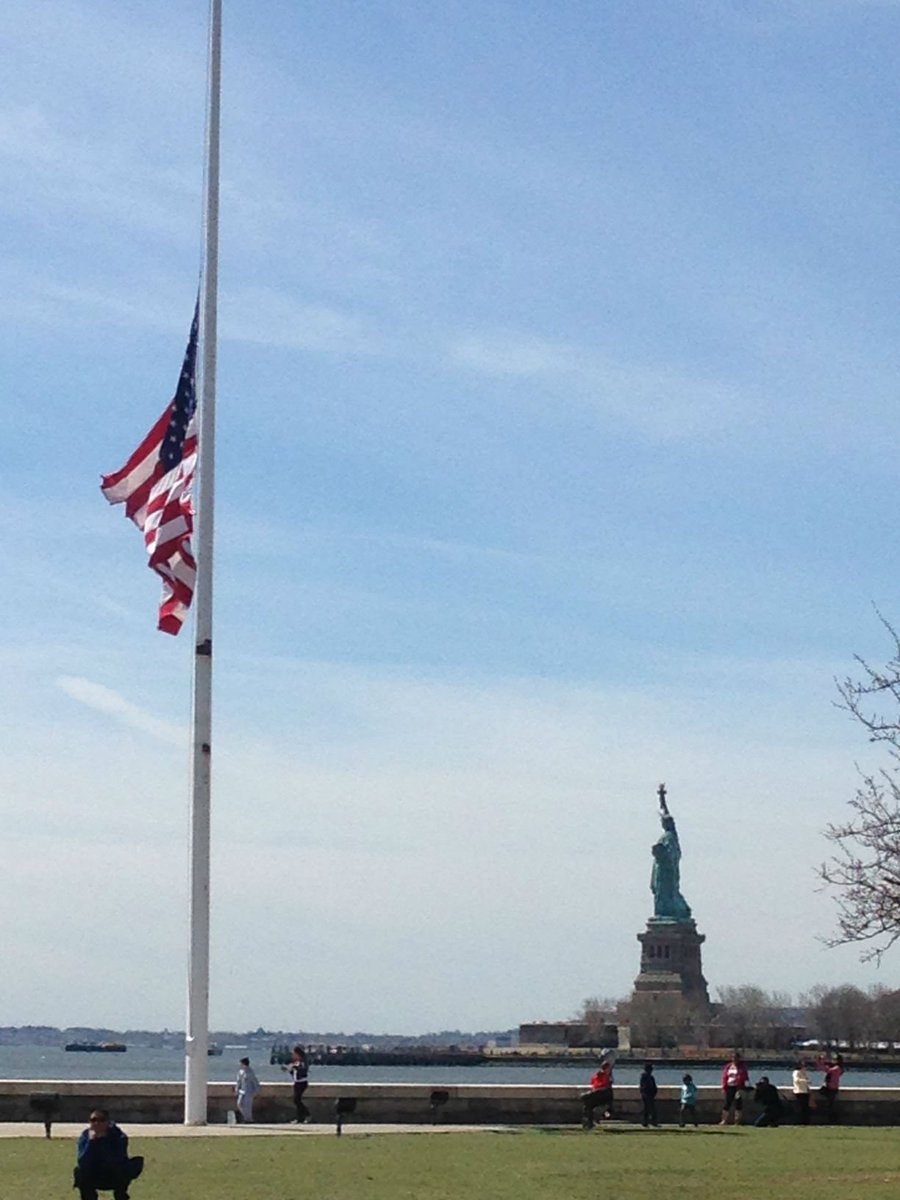 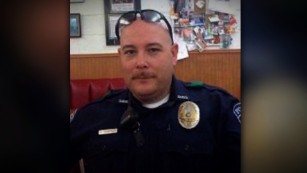 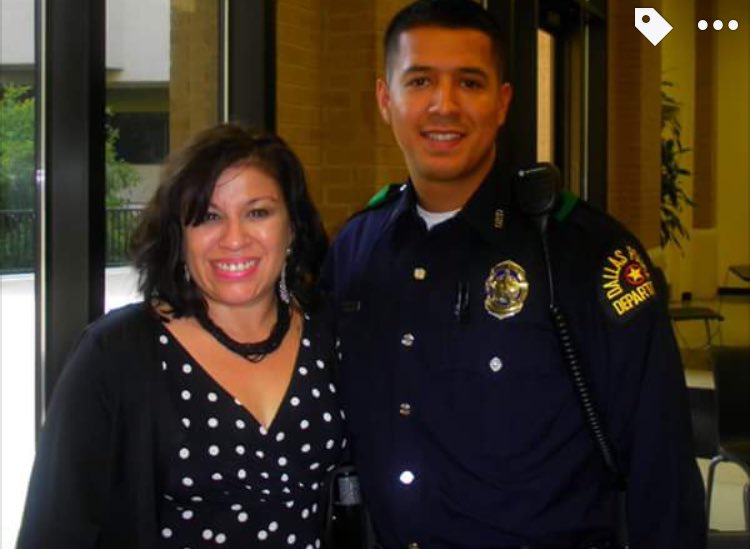 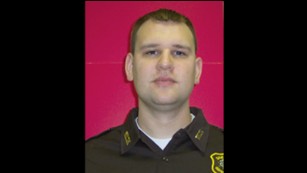 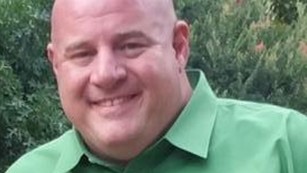 And the latest ‘One of the Good Guys’ killed in the line of duty: Michael Smith, a Dallas police officer for 25 years… Thank you ALL for your service and willingness to sacrifice for your community, your Country … E.J.

Dallas Police Chief David Brown prayed during a a vigil at Thanks-Giving Square on Friday after the shootings during a peaceful protest the day before left five police officers dead. / Agence France-Presse / Laura Buckman

Dallas police may be first U.S. law enforcement agency to use a robot to kill a suspect After being in Europe the past two weeks for work, I’m returning home to the U.S. today deeply shaken and with a heavy heart.

Last night was a special occasion. A colleague of mine is retiring, and we held a beautiful celebration for her. I returned to my hotel room at the end of a long day, around 11 p.m. London time, to share a few pictures on Facebook from the retirement party. Instead, I was drawn to a post from my dear friend and co-worker, Darnel, a black man:

I scrolled through other Facebook posts to see what had happened. And I also saw this headline in my email from the Star Tribune, the Minneapolis newspaper:

Another black man killed by police in the Twin Cities: A St. Paul man named Philando Castile, 32, died Wednesday night after being shot by police during a traffic stop in Falcon Heights …

I went to sleep horrified that the place I’ve called home for 20 years, where my husband and I raised our daughter, was yet another data point in this troubling pattern of violence. Events such as what happened this week in Minneapolis and Baton Rouge are occurring far too often in cities around our nation. Just last night, we saw tragedy strike in Dallas, resulting in more fatalities, including five police officers. My heart aches for the loved ones of all those affected by this senseless violence.

When I woke up this morning, my phone rang. It was my colleague and friend, Julie Sweet, our CEO of North America, calling me in the middle of her night. We grieved the hatred and senseless violence and discussed Accenture’s unwavering promise to stand united in justice and equality for all – and to stand united against violence of any kind. This heightens our concern for our country and the need for all of us to come together as citizens and organizations to address this systemic problem.

As soon as I landed this afternoon, I called Darnel – the man who posted on Facebook – to see how he was and to let him know how I was feeling. I cried, and he listened. I felt terrible because I called to see how he was doing but was overcome with my own emotion. We talked about the importance of being able to have open dialogue at work, to share how we feel and to have real conversations about what is going on in our country – and in this case, about social injustice for black people. The fear, sense of loss and injustice deeply sadden me.

Thinking of nothing else on my long plane ride home, I contemplated my voice as Chief Leadership & HR Officer at a company of 375,000 people. Interestingly, I gave a talk on the topic of using one’s voice just last week at Inspirefest, a conference that celebrates inclusion and diversity in the fields of science, technology and the arts. I told Accenture’s gender diversity story and reflected on how a single voice, amplified by others, can drive real change.

In my talk, I credited my dad, Manny Axelrod, for teaching me how to use my voice. I shared the story of my dad, a school administrator, who was asked by the commissioner of education of the state of New York to serve the integration orders in our district (and many others) so that black children and white children would attend school together, transcending neighborhood boundaries for the first time. I was seven years old, and this had a profound impact on me. My dad’s conviction for education equality for everyone, regardless of skin color, was so strong that he persevered, despite enduring hardships because the idea of integrating schools was not universally accepted.

So, as I think about my voice, I’d like to share a few reflections that stand out. They help me think about a path forward in the midst of the sadness I’m feeling right now:

· Every single voice has the power to change the world. Don’t wait for someone else to speak up or ask a question on the path to equality. Leverage the power of your own voice within your circle of influence. And, when others do the same, you have a powerful chorus of voices that can amplify and accelerate change. I am personally committed to using my voice to deliver on Accenture’s promise of an inclusive and diverse workplace and standing united in justice and equality for all – regardless of skin color or any other difference.

· We need to reach out to each other. I’m not talking about superficial discussions. Rather, we need to make real efforts to connect as individuals. Open conversations like the one Darnel and I had are crucial – sharing and listening to each other – and striving to understand and respect the concerns and fears that arise from the horrific events we saw this week. That’s because when we connect with and get to know each other as human beings we build bridges, not walls. This is the key to our path forward … to our future.

· Equality and education go hand in hand. In memory of my dad, I feel compelled to talk about schools. We need to level the playing field so that the zip code where he/she lives does not define a child’s destiny. If we don’t do more to address diversity and equality in our education system, we’re missing an important root cause of inequality and a breeding ground for discrimination in our society today. For inspiration, check out Alex Bernadotte’s story and the Beyond 12 program she founded.