“We explore or we expire. That’s about it.”

About SXSW:
Started in 1987, South by Southwest (SXSW) is a set of film, interactive, and music festivals and conferences that take place early each year in mid-March in Austin, Texas. SXSW’s original goal was to create an event that would act as a tool for creative people and the companies they work with to develop their careers, to bring together people from a wide area to meet and share ideas. That continues to be the goal today whether it is music, film or interactive technologies.

Please join us March 10-19 in Austin, Texas for SXSW 2017 and be a part of one of the most diverse, collaborative, and inventive communities in the world. 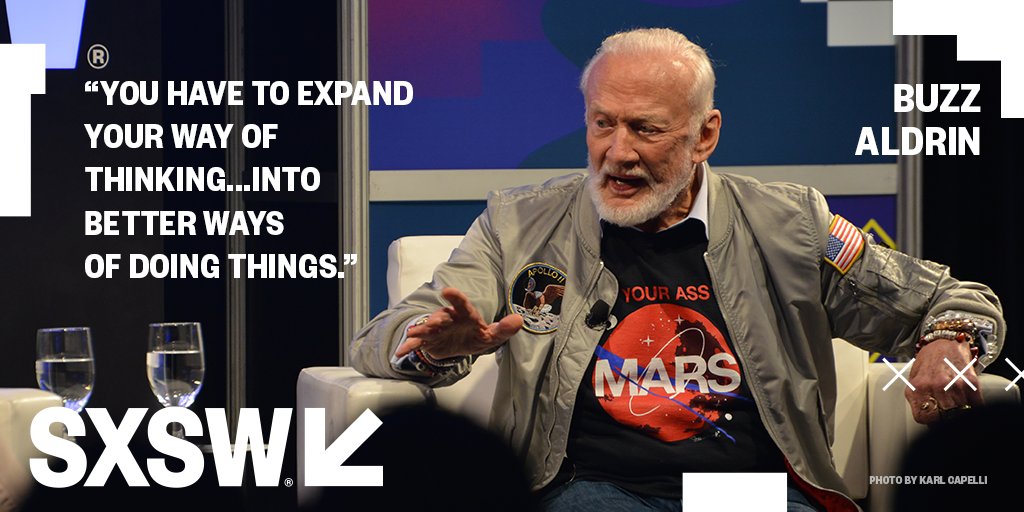 And the WINNER For Entrepreneurship Is… 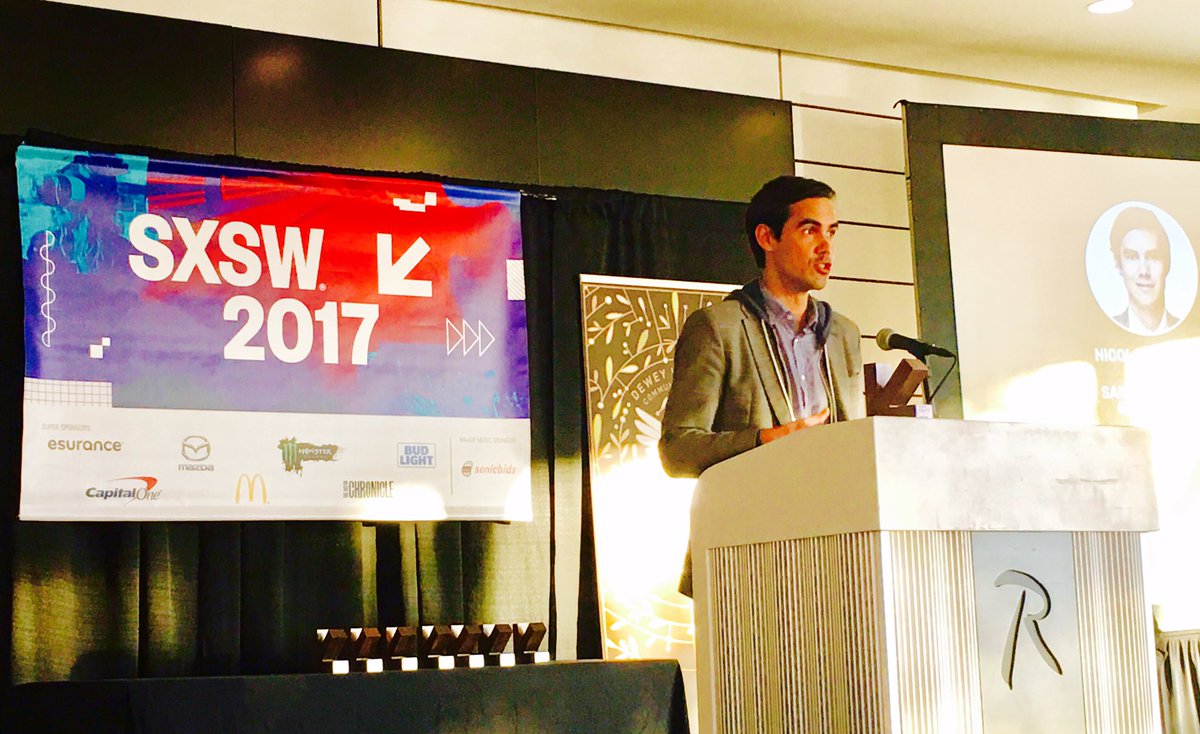 A Preview of Covering POTUS: A Conversation with the Failing NYT

Ajoutée le 13 mars 2017 A 10-minute preview of Covering POTUS: A Conversation with the Failing NYT. Full sessions will be released every Tuesday starting in April.

The SXSW Community Service Awards celebrate the spirit of community in Austin that we think is unique to SXSW. Each spring, ten recipients are recognized for their use of digital technology to help others. Each honoree receives a complimentary badge to SXSW, a $1,000 grant to their favorite 501(c)(3) and a chance to spread the word about their work to the SXSW community. 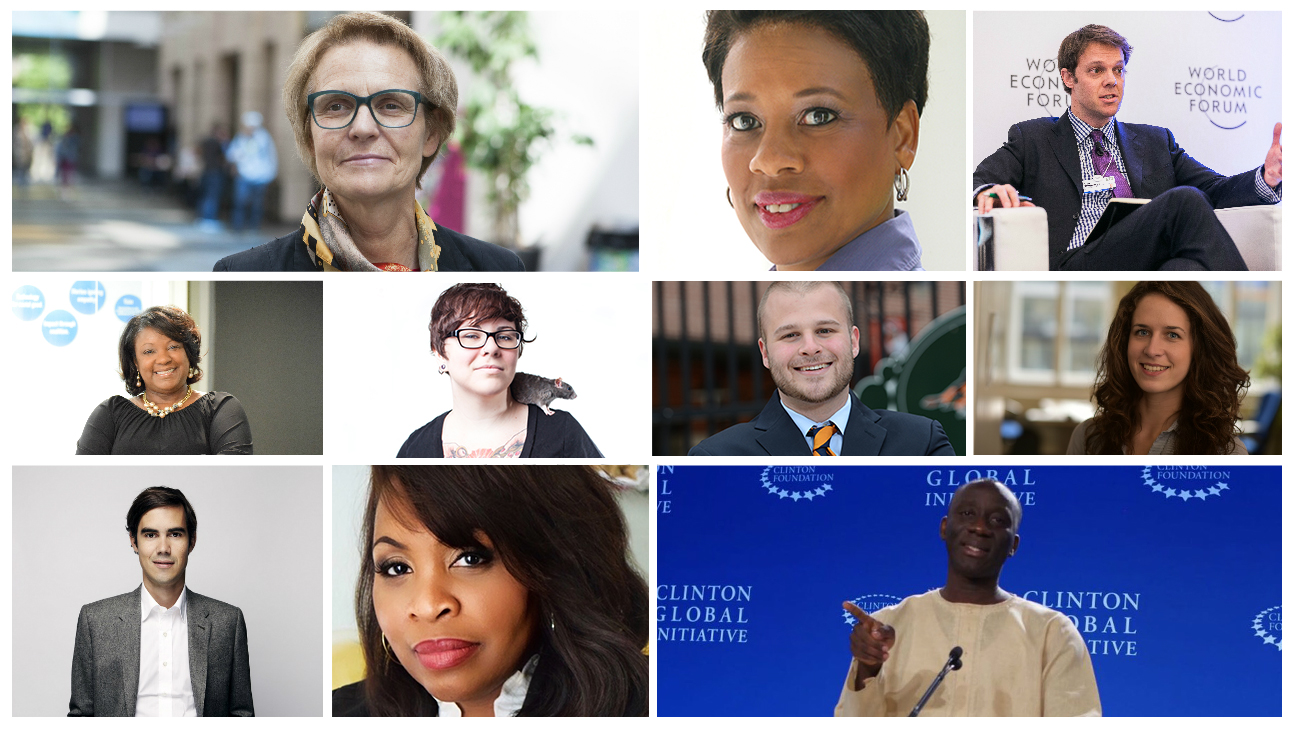 The SXSW Community Service Awards honors Dewey Winburne, one of the original co-founders of the SXSW Interactive Festival as well as many other things in the Austin community: a family man, a teacher, a visionary, a connector, and an innovator. He believed that technology could bridge the digital divide and help those less fortunate than others. Although Winburne passed away in 1999, his legacy continues. His life exemplified how one individual can truly make an impact in their community.

Dr. Michelle Ferrier is the founder of TrollBusters.com, a service for women writers and journalists experiencing online harassment. Ferrier is an award-winning columnist and author. She is featured in the 2016 edition of Attacks on the Press, for “Progression of Hate,” a story of her personal hate mail attacks. She is a digital content architect with 30 years experience in media entrepreneurship and new media technologies. She is the president of Journalism That Matters and the creator of the Create or Die series of startup gatherings for media innovation. Ferrier is the principal investigator for the Media Deserts Project that uses GIS technologies to examine where fresh news and information are lacking. Ferrier is an associate professor in the E.W. Scripps School of Journalism at Ohio University and a 2016 Reynolds Journalism Institute Fellow. She holds a Ph.D. from the University of Central Florida in Texts and Technologies.

Blair Glencorse is leading a movement for accountability and integrity around the world through the Accountability Lab. The Lab works in communities across West Africa and South Asia to support young people in their efforts to make governments more responsible- using the arts, media and technology. Blair is also the co-founder of the first co-working and innovation space in Liberia and TEDxMonrovia; and he is a member of the World Economic Forum’s Global Agenda Council on Anti-Corruption and Transparency. Previously he was a Social Impact Fellow at the Center for High Impact Philanthropy at the University of Pennsylvania and worked for the World Bank on issues of governance and development.

Nicolas Hazard is a serial social entrepreneur. He is President of CALSO (an award-winning 501c3 nonprofit organization with operations in California and Texas), Vice-Chairman of GROUPE SOS (the European leading social enterprise with $900M turnover and 15,000 employees) and Founder of INCO, a consortium supporting social enterprises in 18 countries. Nicolas is a member of the World Economic Forum Global Agenda Council on Social Innovation, the European Commission Social Business Experts Group, and the French National Council for International Development and Solidarity. He is the author of the essay “Capitalism for All, 20 Enterprises that Change the World” (Edit the World, 2013). He also writes a monthly column on social entrepreneurship in Le Monde and contributes to The Guardian and the Stanford Social Innovation Review. Nicolas holds Master’s degrees in Business, Economics and Politics from The Sorbonne University, FU Berlin, HEC and Sciences-Po Paris.

Teresa Y. Hodge, recently named a 2016 Open Society Soros Justice Fellow is a passionate advocate for people with criminal connections, is committed to reducing the lasting harm caused by prison. It was a 70-month federal prison sentence for a white-collar, non-violent, first-time offense that introduced her first-hand to the justice system and mass incarceration in America. Upon coming home, she and her daughter Laurin Hodge co-founded Mission: Launch, Inc. a non-profit focused on introducing technology and entrepreneurship to previously incarcerated individuals as a way of ensuring self-sufficiency. Additionally, the organization manages the Rebuilding Re-Entry Coalition, a citizen-led movement committed to ensuring a more efficient and safer re-entry for everyone. As the Director of Strategy & Innovation for Mission: Launch, Inc., Teresa plays a critical role in building strategic partnerships and establishing social enterprise models for greater reach and sustainability.

An alumnus of the Valley View University, Kwaku Kyei is a serial social entrepreneur and environmentalist. He is one of the most dynamic young people in Ghana with tremendous impact in helping people with disabilities to be motivated, productive, and successful. As President/Founder of the award-winning Recnowa Initiative, he addresses issues of plastic waste recycling and poverty reduction with a special focus on empowering people with disabilities to a brighter future, to engage as entrepreneurs and to move beyond micro businesses into more ambitious ventures, within a society that presents significant hurdles for people with disabilities in the norms of tradition and culture. Kyei has won the 2015 Agfund Prize, the 2013 International Women Alliance World of Difference Award, the UNFCCC Momentum For Change Award and the 2011 SEED Initiative Award. He sits on the board of the DawaDawa Impact Investment Fund and the WIPO Green.

Bobby Moore is a Baltimore City teacher turned social entrepreneur. He taught in West Baltimore for a period of four years through Teach For America. He also pursued a Masters in Urban Education from Johns Hopkins University and worked as a CEO Fellow at the Baltimore City Schools Office of Achievement and Accountability. During his last year of teaching, he formed an ed-tech non-profit called SOAR. SOAR is an online platform that digitally empowers students to showcase and fund their academic needs, interests and passions. Bobby accelerated the development of SOAR through the Johns Hopkins Social Innovation Lab and the Halcyon Social Incubator in Georgetown. Bobby also co-founded “brightspots media,” a company focused empowering people, cities, and organizations – at all stages of growth – to solve thorny problems and celebrate their strengths through storytelling and deep mentorship.

Barbara Moser-Mercer is Professor of conference interpreting and founder and Director of InZone, University of Geneva. Her research focuses on cognitive and cognitive neuro-science aspects of the interpreting process, the human performance dimension of skill development, and on factors that enable digital learning in fragile contexts. Through the development and installation of InZone Higher Education Spaces in refugee camps in the Horn of Africa and in MENA she has expanded InZone’s mission to design and implement innovative digital learning models for Higher Education in Emergencies working in close collaboration with UNHCR, the International Network for Education in Emergencies (INEE), ICRC, INGOs and higher education institutions in the Global North and South. She was a member of the High Level Group on Multilingualism of the EU Commission, and coordinated the European Masters in Conference Interpreting. She is also an active conference interpreter, member of AIIC.

Mgr. Ing. Dita Přikrylová is co-founder and (cheer)leader of Czechitas, organization educating women and underprivileged groups in IT. The main purpose of the social enterprise is to break barriers and stereotypes that prevent women from entering STEM careers and provide them with technical skills and confidence. The organization has been awarded with Social Impact Award 2015, nominated for best internet projects Kristalova Lupa 2015 and 2016. Dita belongs to NewEurope100 innovators by Financial Times, Google and Visegrad Fund, selected among 30 youngest leaders in Czech Republic under the age of 30 by Forbes magazine and awarded by European Citizen 2016 by EU.

Courtney Santana is a loving wife and mother, a well-known vocalist, actress, and performer, a renowned public speaker and advocate, as well as a community volunteer and mother. A survivor of domestic violence, she tirelessly works to create opportunities, resources, and awareness for her survivor family. She has a diverse background in volunteerism and community philanthropy. She also serves on the task force for Domestic Violence and serves as an advocate for Vice President Biden and the Violence Against Women Act. Courtney has toured the country, speaking about the power of empowerment over victimization. In 2011, she started the survivor support initiative Survive2Thrive Foundation, to help provide direct services to survivors of domestic violence. She is using connection and innovation in technology and thought to bring light and action to growing epidemic in the domestic violence community, forced homelessness and displacement for victims and their families.