André Borschberg ‏@andreborschberg  Pennsylvania, USA 6/01/16 The flight over the #StatueofLiberty with #Si2 will be challenging but that makes me look forward to it even more!

HOORAY FOR EARTH: #Si2 HAS LANDED AT JFK!

“The Statue of Liberty is a symbol of American values: the liberty to be a pioneer, the freedom to explore and invent. It welcomes travellers who arrive in this country, and flying over it was a tribute we paid for the special welcome we received at each destination.”

André Borschberg, First man flying a solar plane over the Statue of Liberty in New York City before landing at JFK, N.Y. on June 11, 2016. This flight has stood out from the rest – it was short (a relief for the engineers at the Mission Control Center who didn’t lose much sleep) but, more importantly, it included a flight over the Statue of Liberty.

We have now finished the crossing of the United States of America, finally landing at bustling JFK, in New York City. This flight marks the completion of a huge milestone in our journey around the world with Solar Impulse 2. Ending it with the flight over the Statue of Liberty is symbolic for Solar Impulse as the statue serves to welcome travellers to the country. Although Si2 will soon be leaving with Bertrand Piccard to cross the Atlantic Ocean, we wanted to pay tribute to all those who welcomed us in the land of pioneers this past month and a half.

After a flight that lasted just over 5 hours from Lehigh Valley, Pennsylvania to New York City, André Borschberg touched down at JFK at 7:59AM UTC, 9:59AM CET, 3:59AM on June 11th. 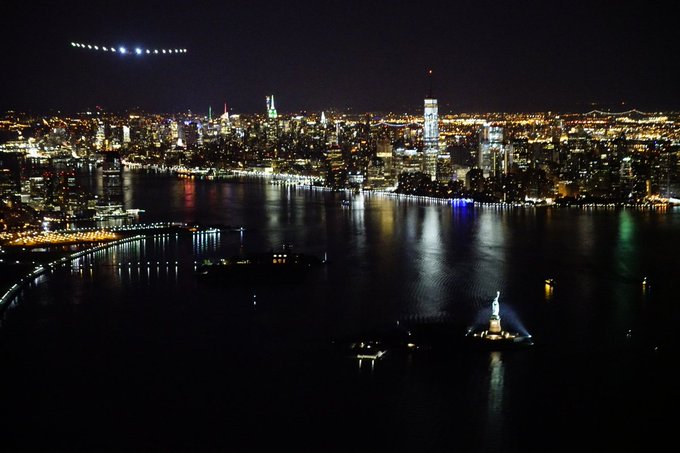 BREAKING: just a solar airplane flying above #NYC & @StatueEllisNPS to prove that 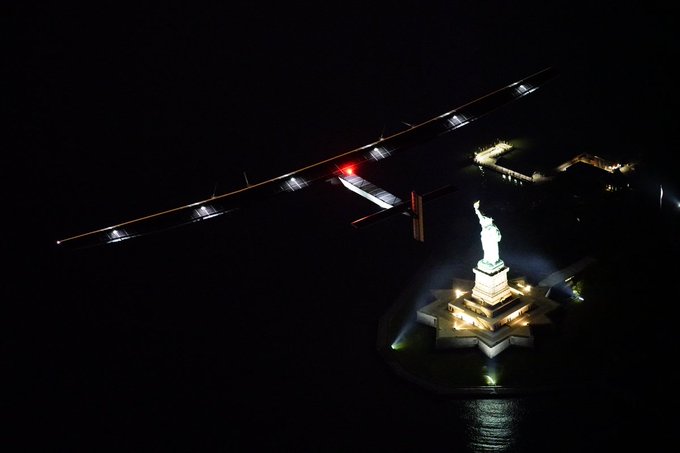 Unfortunately, we won’t be able to host a public visit of the plane as JFK is a very busy airport. But hopefully you’ll be able to catch a glimpse of Si2 when it takes off for the crossing of the Atlantic.

When will that be? No idea yet. The Monaco Mission Control Center has already started looking for a clear weather window to cross the pond. We’ll be landing somewhere between Ireland and Morocco, destinations include Ireland, France, Portugal, Spain, and Morocco. 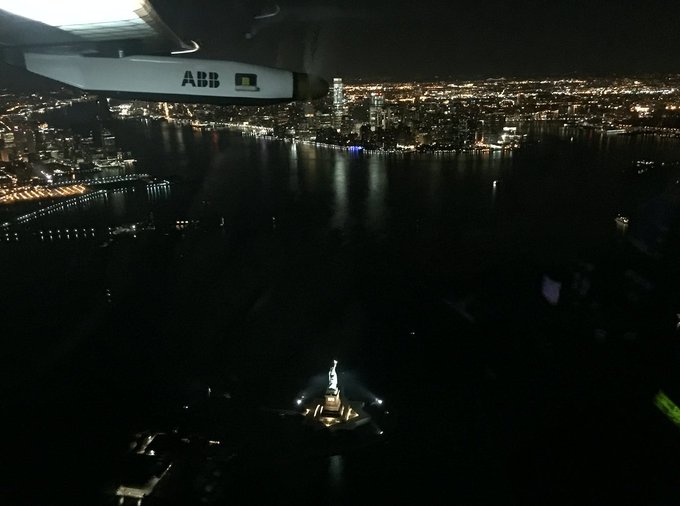 The #StatueofLiberty welcomes travellers, flying over it now we pay tribute to the special

Yes, it’s a vast distance, but we’ll keep you posted as soon as we know which country will be our next destination. To be the first to know, here’s where you have to be. 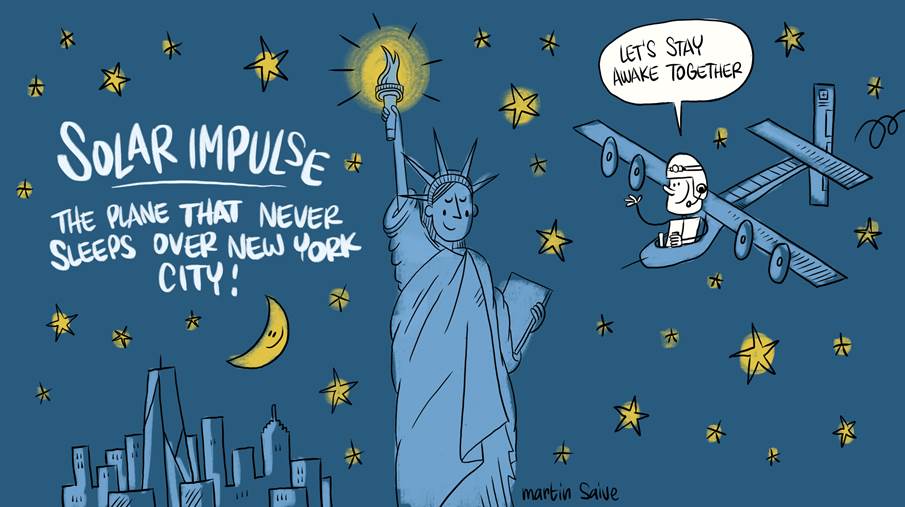 Put some spice into your life.

This chance may only come once – to see a solar-powered airplane fly around New York City! Come out and join us. We have prepared a map for you with all the best viewpoints to see Si2.

Spot Si2 fly over the Statue of Liberty!

Post your photo/video on social media using #futureisclean. The ten best posts will be selected and the contributors will be invited to visit Si2 at JFK and meet the pilots!

Your chance to win >