55 DAYS before the most important Presidential Election of our lifetimes… 55 DAYS before claiming our crushing Victory thanks to an EXTRAORDINARY #BidenHarris2020Landslide… Come on, let’s go for the win greatest patriotic #TeamAmerica! E.J.

“Do you want to know who you are? Don’t ask. Act! Action will delineate and define you.”

“I predict future happiness for Americans, if they can prevent the government from wasting the labors of the people undunder the pretense of taking care of them.” 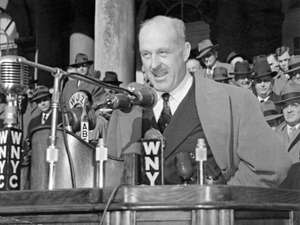 “I believe in fairplay and making Democracy live.”

“It’s the job of a newspaperman to spur the lazy, watch the weak, expose the corrupt.”

“I’ve always tried to emphasize the personal side of journalism. It makes my points about clean government more effective and it does not put people to sleep the way some of my thumb-sucking colleagues do.”

Dear Members of the MDFDE and Friends worldwide,

As the current U.S. Presidential race — truly a race between Good vs. Evil — enters its home stretch this week and the World, not to mention our anxious Allies, are closely watching to see how the United States, resisting against such unprecedented un-American adversity, un-American propaganda spread right at home, will prevail in the face of ramping up fascism. Will defeat creeping authoritarianism to peacefully reclaim our Democracy this coming Nov. 3…

We The People, all fired up after celebrating Labor Day, the day we honor our union workers starting with our heroic, essential frontline workers facing the deadly corona virus night and day — and working harder than ever together, will free our AMERICA from the greedy hands of  “fake saviors,” once called Communists, now leading a new #OligarchicColdWar against Humanity, Sciences, Culture and the Arts.

We The People, will put an end to this on-going American tragedy menacing our Planet of more deadly pandemics and natural disasters while threatening our hard-earned liberties, undercutting our institutions, our values and diverse culture based on immigration by constantly prostituting our very own Founders’ Constitution.

And so, in true American Spirit, I am pleased to share with you the following article — PEARSON RETURNS — written seventyt-three years ago this month by Drew Pearson, the most fearless and patriotic columnist of his time in Washington. A gentleman farmer, father of the American Friendship Train (1947-1948) from whom I draw my daily inspiration re: #MDFDEFriendshipMerciTrain75, our official French-American-Italian project celebrating the 75th Anniversary of the said Friendship Food Train in 2022…

Yes, the very same controversial newspaper man, Drew Pearson, who took on first and finally brought down, over a period of years of investigative reporting (sorry, Hollywood, but it was not the equally legendary journalist Edward R. Murrow who did it), the infamous Republican Senator Joseph McCarthy from Wisconsin, which culminated in a Senate hearing into charges against McCarthy, and finally a vote of censure by the Senate ending McCarthy’s power and prestige. Yes again, THE Sen. Joseph McCarthy whose protégé — interesting enough — was none other than the disgraced (and disbarred) attorney Roy Cohn, Mr. Donald Trump’s tutor.

With so many similarities between The Pearson-McCarthy days and our current situation, especially in the way the Press finds itself constantly attacked by the present “Fake News” Administration…

As Drew Pearson, enlightened while touring Virginia on his summer vacation, reflected not only on our Founding Fathers’ heritage and the Constitution, but also on abusing Mother Earth, on teachers and education, what’s amazing, in retrospect, is that his thoughts and predictions couldn’t be more accurate now than when he made them.

Hoping you enjoy the reading… and some of Drew Pearson’s tips… Please stay safe Everyone and wear your mask! And last but not least… Please VOTE as early as you can for Joe Biden and Kamala Harris #TeamAmerica, our next President and Vice-president of the United States, this coming Nov. 3! 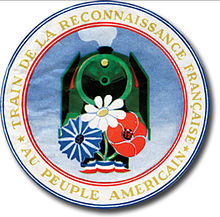 DREW PEARSON ON THE WASHINGTON MERRY-GO-ROUND

DREW PEARSON SAYS: FILLING THE SILO WAS A COLUMNIST’S VACATION; VACATION TRIP TO VIRGINIA CONTRASTED PROBLEMS OF TODAY WITH THOSE OF FOUNDING FATHERS; HOW WASHINGTON AND JEFFERSON WOULD HAVE COMBATTED COMMUNISM.

(Ed. Note–Drew Pearson, returned from his vacation, today reports on how he spent his time off.)

Washington–First I want to thank Bob Allen for the swell columns he wrote in my absence.  They set a tough standard for me to follow, but enabled me to take the longest time off from the Merry-Go-Round since the whirl started.

When I embarked on this period of idleness I thought I would be bored stiff.  It turned out that I was not but my wife was.  Reason was that I insisted on spending part of my vacation filling the silo.

Silo-filling is a very dangerous period around our farm and anyone who comes to close is liable to get caught.  One my son-in-law–then a suitor for my daughter’s hand–found himself in the unhappy predicament of having to humor his prospective father-in-law by tramping down ensilage for a whole week inside the silo.  Now that he has married my daughter, he is most careful to put a thousand miles between himself and the farm at silo-filling time.  This summer, however, I caught my radio agent, Jackson Leighter, off guard and before he knew what had happened, he was inside the silo earning honest money.

Although I have never put my wife inside the silo, she is never quite happy about silo-filling.  This is not because she drives a truck from the cornfield to the silo, but because she would rather have me relax at Nantucket or the mountains.  However, if we go to one of these summer resorts, everyone I meet wants me to predict who will be the next President or when we will fight Russia; while at the farm we are concerned with much simpler things–such as how long before the people who moved into the haunted house across the road will see the alleged headless man who prowls up its stairs in the moonlight, and will hurriedly move away.

Only twice did I desert the silo.

With most of us worrying about Communism and the jittery state of the world, I decided to visit the area which reared some of the men who made this country great–Virginia.  One visit was to the northern neck of Virginia–the land of once great-tobacco plantations where George Washington and Robert E. Lee were born.

Later I went to Williamsburg, scene of the founding fathers’ earliest heartaches, where University of Virginia students are now reliving those heartaches in Paul Green’s stirring pageant, “The Common Glory.”  And as I watched their portrayal of the trials of Thomas Jefferson, the doubting Thomases who scoffed that democracy could never live, the discouragement, the suffering, the determination which finally brought victory, I could not help but wonder what would happen to some of our founding fathers were they alive today.

Would they, for instance, be censored by the Rankin Committee on Un-American affairs?

The leaders of the Revolution were rebellious radicals, determined to set up a new order.  Jefferson not only proposed immediate freedom for the slaves, but proclaimed the inflammatory idea that all men were created free and equal.

Most of the founding fathers were young–in contrast to the older men who run our government today.  And significantly, some of them were extremely wealthy.  Jefferson and Washington, for instance, were among the biggest landowners in Virginia, with more than a hundred slaves on their plantations.

But the fire whick kindled the leaders of the Revolution, the thing that churned their souls, kept them fighting on through discouragement, starvation, mutiny was–a cause.  They were fighting not merely against England, but for a cause in which they devoutly believed.  They were fighting to build and develop a new country–a country where they could enjoy new freedoms, a new tolerance, new religious liberties.  It was a great and sacred cause, and the souls of our founding fathers were aflame with winning it.

Visiting in Virginia, browsing through the vistas of our glorious past, I contrasted those days when the nation was so weak no one expected it to survive, with the present when we have become the most powerful nation in the world–so powerful that parts of the world fear us.

One trouble with power is that along with it goes complacency. Power makes us too self-satisfied, too conservative, too cocksure and confident, too content to rest on our roars.  That, of course, is the reason why empires rise and fall.

That also is why we cease being inspired by crusades and causes, as were the founding fathers.  We tend to be merely agin’ things, not for building up new things.  Our national motto becomes similar to that which hangs in the aisles of pullman cars after 10 PM: “Quiet is requested for the benefit of those who have retired.”

Last week, for instance, the American Legion adopted a resolution denouncing Communism–a resolution with which I and most other people heartily concur.

But if the founding fathers had had to cope with Communism, they would not have merely resorted to resolutions.  Not only would they have denounced Communism, but they also would have written a bill of rights, a substitute of American ideals to combat Communism.

HOW TO DEFEAT COMMUNISM

They would have recognized you can’t fight Communism only with pious pronouncements and political arm-waving.  You have to fight it with deeds.  And we, as a nation, can’t seat back and complacently enjoy the great fruits Washington, Jefferson, Hamilton won for us.  We have to be just as vigorous, just as liberal, just as youthful in building on the foundation they have laid.

They pioneered difficult, dangerous and exciting new frontiers.  And sometimes we of the present generation conclude that aside from the Polar caps no more frontiers remain for us to explore and conquer.

With the new atomic age, however, our vistas of exploration may be just as exciting, just as dangerous, and even more difficult.  Furthermore we have wantonly squandered the great wealth left us by the founding fathers. We have allowed our forests to be stripped or burned, our priceless topsoil to run off into the ocean, our iron ore squandered in shot and shell over the battlefields of Europe, our petroleum parceled out until there is little left for posterity.

So perhaps what we need to combat Communism is not so many resolutions showing we are again’ it, but a new Jeffersonian declaration of American idealism showing that we are building something far better than Communism.

And if Benjamin Franklin, Patrick Henry, Thomas Jefferson and George Washington were alive today, I suspect they would point to our schools and our underpaid teachers; they would urge more charity, education and tolerance between labor and management; they would warn us to put the same fervor they did into religious freedom and forget the Hitlerian prejudice with which some Americans have been contaminated; they would advise that building up great flood-control and electric-power projects is the sensible way to conserve our resources; and above all they would admonish that we not sit still, but march forward fervently to new frontiers as they did, in a never-ending demonstration of the fact that democracy works.

These are just a few random vacation thoughts I wanted to get off the typewriter before I go back to Washington and the keyhole.

MDFDE/France-USA: ‘TIDE of TOYS’ 70th ANNIVERSARY: Here is To You, Drew PEARSON & THE AMERICAN LEGION! #MDFDEFriendshipMerciTrain70