The Swinomish Indian Tribal Community and three other native nations announced last week that they will continue to uphold and support the Paris Climate Change Agreement. The Swinomish, Standing Rock Sioux Tribe, the Quinault Indian Nation and the Central Council of the Tlingit and Haida Indian Tribes of Alaska have committed to aggressively address climate change in their homelands in response to the U.S. decision to withdraw from the agreement, according to a press release from the four tribes.

The lines on maps are imaginary. “We need to strengthen the conviction that we are one single human family.”

Native Nations Standing together for the Paris Climate Change Agreement 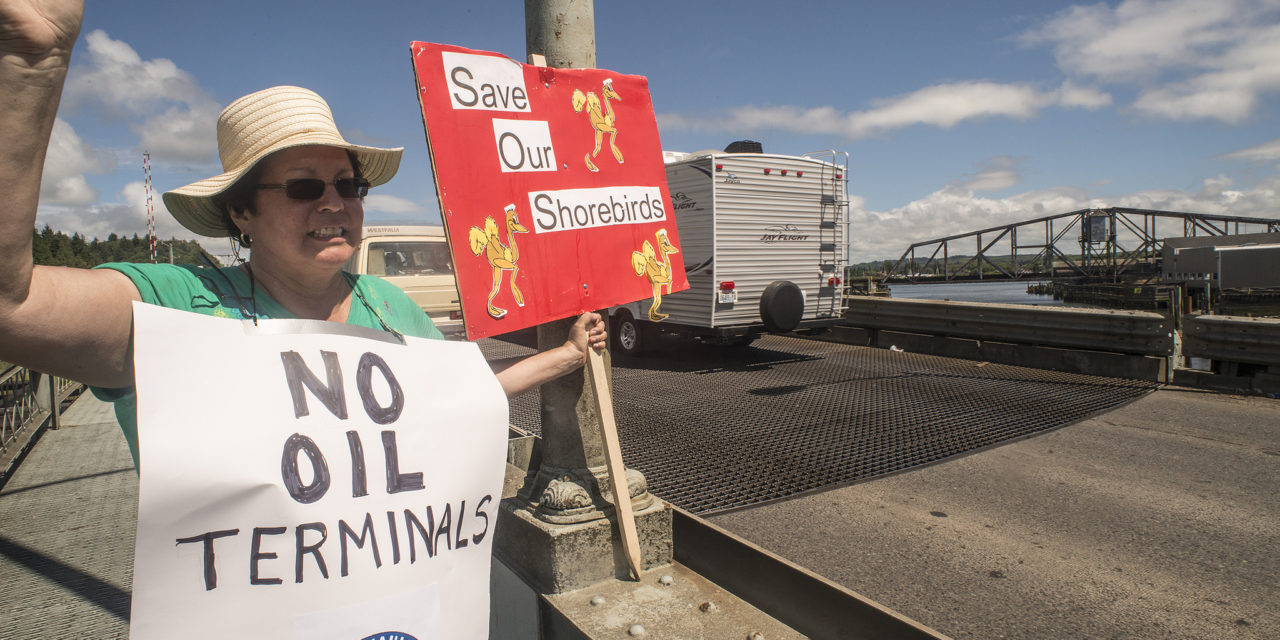 The following is a statement from The Standing Rock Sioux Tribe, the Quinault Indian Nation, the Swinomish Indian Tribal Community, and the Central Council of the Tlingit and Haida Indian Tribes of Alaska.

Four Native Nations from across North America announced today that they will continue to uphold and support the Paris Climate Change Agreement. The Standing Rock Sioux Tribe, the Quinault Indian Nation, the Swinomish Indian Tribal Community, and the Central Council of the Tlingit and Haida Indian Tribes of Alaska have committed to aggressively address climate change in their respective homelands in response to the U.S. decision to withdraw from the agreement.

Since time immemorial Native Americans, the First Americans, have responsibly cared for Mother Earth. Chairman Cladoosby affirmed, “As sovereign nations, we stand with the countries around the world to support the Paris Climate Change Agreement and we join with them to protect this precious place we all call home.”

The failure of the U.S. to confront the urgent and existential threat of climate change makes it a moral and practical necessity for tribal, state, and local governments, in collaboration with average citizens everywhere, to fill the leadership vacuum and redouble their climate change avoidance, mitigation, and resiliency efforts. Every domestic climate change initiative launched must be bold, aggressively funded, comprehensive, and tailored to confront the dire scientific forecasts of the challenges we face, not the political establishment’s consensus of what is reasonable.

“Indigenous communities around the world are among those being most quickly and severely affected by climate change. Regardless of the official position of the United States administration, we will continue to stand together in agreement with the Paris Climate Change Agreement,” states Standing Rock Chairman, David Archambault.

“Our tribe is actively working to move away from fossil fuels and we continue to battle those who disregard our efforts to protect our water and lands.”

“For hundreds of years the pollution based economy has degraded our home,” states Swinomish Chairman Brian Cladoosby. “We can no longer allow a failed system to continue to destroy the planet. The Paris Climate Change Agreement reflects the global consensus that we must act together and we must act now.”

“From the beginning of time, Quinault has honored our sacred instructions to protect and care for the natural world and all things living,” states Quinault President Fawn Sharp, “Our timeless teachings, values, and culture are intertwined in laws that govern our Nation. We find balance and harmony in decisions that sustain a way of life and ensure that not only is the future of our children sustained; but the future of all children of this Great Nation are sustained in a healthy and safe way.”

“Alaska tribal governments are living with the early but significant effects of climate change. Our traditional knowledge learned over millennia within our aboriginal lands leaves us with no doubt that immediate action to reduce the impacts of climate change is our duty as sovereign indigenous governments,” states Central Council of Tlingit and Haida Tribes of Alaska President Richard Peterson, “Such, we will seek to participate in the Paris Climate Change Agreement.”

Climate change touches all aspects of life, from those who have no voice, the salmon, buffalo, seals and polar bears, to those who are suffering the impacts of water loss, shoreline erosion, drought and loss of homelands and waters. This continued destruction of our planet requires us to change our behaviors for future generations.

Native Nations stand together to support the Paris Climate Change Agreement, and as sovereign nations we urge the United Nations to invite other Indian Tribes to make this important commitment to our planet.

BARTLETT COVE, ALASKA – The serene shores of Glacier Bay have become even more meaningful with the raising of two spectacular Tlingit totem poles in Bartlett Cove. In a heartwarming day of friendship and collaboration, the Hoonah Indian Association (HIA), and the National Park Service (NPS) joined together in the spirit of Woosh ji.een and raised the 20-foot, 2,000 pound red cedar totems into place. Elaborate carvings on the Eagle and Raven poles were designed by HIA to represent the various clans associated with Hoonah and Glacier Bay homeland.

The day began early as tribal members boarded Allen Marine catamarans in Juneau and Hoonah. Upon arriving in the waters of Glacier Bay, both vessels were met by Eagle and Raven clan members in two dugout canoes. Traditional welcomes and messages of friendship set a perfect tone for the day; a day where the clans and the park “held each other up,” in support and respect.

Drumming, singing, and colorful regalia were on full display in a procession from the dock to the tribal house. For the final distance, each totem was hand carried by tribal members, partners and NPS staff. Tlingit voices and song mingled with the sounds of loons, thrushes, and children playing along the shore as an honored speaker from each clan represented on the pole described the significance of their crest. Reverence for ancestors and for today’s youth were recurring messages heard throughout the day.

“The joyful celebration of the raising of the Raven and Eagle pole felt more like a gathering of friends and family than a government and tribal event,” noted Glacier Bay Superintendent Philip Hooge. For safety and efficiency, HIA chose to raise these poles onto their bases using mechanical equipment. Even so, it was a major challenge. The audience collectively held their breath as each heavy pole was slowly lifted and gingerly maneuvered by straps and skilled hands.

When the Eagle totem was secured in place, and rain began to fall, the welcoming warmth of Xunaa Shuká Hít was appreciated by all. Hoonah City School students were an integral part of the celebration. Students ranging in age from 5 to 18 sang songs written by high school students on a previous visit to Glacier Bay and an elaborately adorned drum, made by student Vanessa Williams, was presented to the National Park Service as a gift for the Tribal House. Speeches, dancing, and celebration brought the day’s events to a close. Drumming and song filled Bartlett Cove as catamarans prepared their return. Both vessels slowly cruised past the shoreline to provide one last look. It was clear that as a physical manifestation of pride in culture, strengthening connections to homeland, and the success of collaboration, the Eagle and Raven poles now stand tall for all to see.

The Eagle and Raven poles now complete Xunaa Shuká Hít, the newly-dedicated Huna Tribal House. The tribal house has been a cooperative effort between the NPS and HIA; park staff and tribal employees collaborated on the architectural design; completion of various cultural elements including house screens, house posts, and totem poles; operational plans; and educational strategies. NPS and HIA would like to thank Trucano Construction, AK Concrete Casting, and Bobcat of AK for providing materials that supported the success of this totem raising. Generous support from Sealaska and Huna Heritage Foundation and the wisdom of clan leaders, community elders, and culture bearers have also benefited the project.

For tribal members, Xunaa Shuká Hít, is an anchor to their Glacier Bay homeland. The facility serves as a gathering place where tribal members can reconnect with their treasured homeland through ceremonies, workshops, camps, tribal meetings and other events. This summer it will also provide park visitors with opportunities to learn about Huna Tlingit history, culture, and life ways. For both partners, it represents the fruits of an evolving-and strengthening-relationship.