A painting of spectators watching the dedication of the Statue of Liberty from Lower Manhattan. In truth the fog for most of the day would have made it difficult to see. https://untappedcities.com/2016/10/27/throw-back-thursday-1886-the-statue-of-liberty-is-dedicated/

5 of these 11 Pittsburgh’s victims were Holocaust survivors: 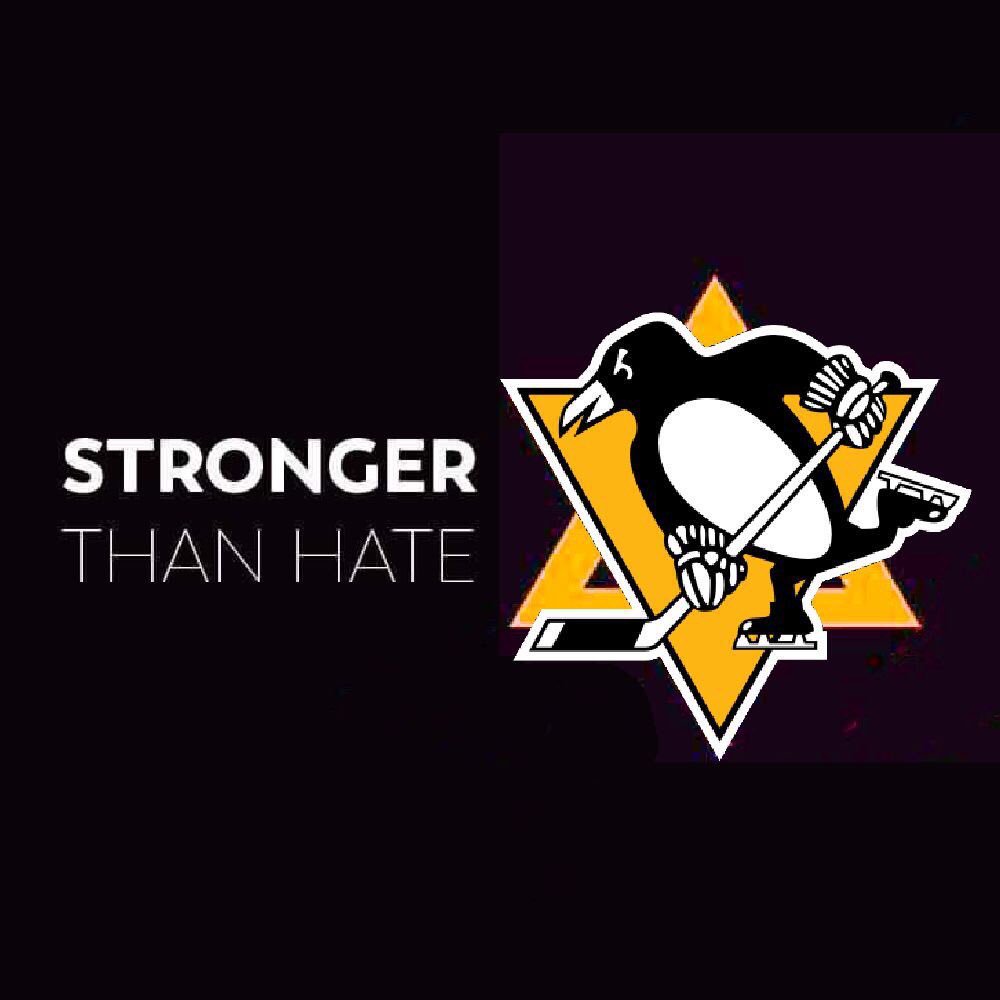 If you are in New York and/or Philadelphia: Must see Exhibitions this Fall… E.J.

#OTD October 28th, 1886 the dedication of the Statue of Liberty takes place on #LibertyIsland. Over two thousand dignitaries and guests were in attendance. During the ceremony, President Grover Cleveland officially accepts the statue on behalf of the American people. #NPS #HBD https://www.nps.gov/stli/index.htm

“Rebel Women” Defying Victorianism. The Museum of the City of New York. Through January 6, 2019 https://www.mcny.org/exhibition/rebel-women

It is with a heavy heart that I report to you today how sad and discouraged so many of us are, right now, in the face of adversity. In the face of monstrosity, of dark souls acting contrary to the American ideals of freedom and justice our own founding fathers and the French, led by the Marquis de Lafayette, so bravely fought for Independence and fiercely won in the 1770s.

On what should be a very happy day marking your 132nd Anniversary, our America is being robbed of life and light in the name of greed by a bunch of “brigands.” Some lawless politicians and opportunists daring to call themselves the “real” Americans.

Because of them and their harsh and aggressive anti-immigration as well as sematic rhetoric preached daily to ignorant, racist citizens, yesterday was another hellish, hateful day, marked by the horrific death of eleven Jewish women and men including 97-year-old Rose Mallinger, a Holocaust survivor, our innocent American brothers and sisters murdered while praying at their Tree of Life synagogue in Pittsburgh, PA.

Meanwhile, still sleeping in cages, not going to school… Hundreds of “lost children” including babies whose parents were forced to flee their countries and seeking asylum in the United States (where else?), not speaking English, are still separated today, having no idea where they are, if or when they will be at all reunited with Mom and Dad…

So here we are, at a new crossroads for the future of America, of Humanity. Needless to say, we need you more than ever, Lady Liberty!

Please keep on shining your wisdom on us, please keep us inspired so that by the same time, next year, we, proud Americans and all immigrants have recovered and got our country — the most generous place on Earth — back in order and so much stronger that your 133th Birthday will be a much, much better cultural day of celebration! Together! United!

With love and gratitude as always,

© The Official French-American Project entirely conceived by Ms. Elisabeth JENSSEN to celebrate the 70th Anniversary of the Friendship Train and the Merci Train (2017- 2019).

Throw Back Thursday 1886: The Statue of Liberty is Dedicated

On October 28, 1886, the Statue of Liberty was officially dedicated in a day-long celebration led by President Grover Cleveland. The festivities included a land parade through Manhattan, a naval parade on the Hudson River and an unveiling ceremony on Bedloe’s island.

Although not a complete wash-out like the dedication of the pedestal cornerstone two years prior, the weather on October 28th was not ideal for New Yorkers to catch a glimpse of Lady Liberty as she was covered in a dense fog that only began to let up later in the afternoon.

The land parade began around 9AM in the morning with militiamen from the National Guard appearing on Fifth Avenue and Madison Square where President Cleveland was perched in a reviewing stand with the statue’s designer Frederic Bartholdi.

“The parade which wound its way through the city’s streets yesterday was one of the largest ever seen here, and it was notable for the amount of enthusiasm which it evoked… The display of banners and flags, and similar devices was remarkable for its variety… The marshals, commanders, and officers of all civic divisions carried the French colors, in many instances wound around their chests in sashes.”

Once the entire parade had presented itself to the President, he and Bartholdi were taken by carriage to the Hudson to board a yacht for Bedloe’s Island. It was estimated that upwards of a million people watched the parade process from Madison Square down Fifth Avenue to Washington Square Park, then down Broadway past City Hall and down Park Row. When it passed the New York Stock Exchange, traders took to throwing ticker tape out the windows which is the unofficial start of New York’s ticker tape parade tradition.

A photo taken of the river traffic around Bedloe’s Island on the day of Liberty’s dedication. Source: The National Parks Service

On the Hudson, a nautical parade began at 12:45 when President Cleveland’s yacht crossed over to Bedloe’s Island. It was reported that the river was so crowded that it looked like a “never-ending flotilla” all the way from the East River around the Battery in the Hudson (then still commonly referred to as the North River).

By 3pm, the mist was starting to lift as President Cleveland, Bartholdi and other dignitaries gathered on a special platform under the Statue on Bedloe’s Island, where a series of speeches were given. The Statue of Liberty’s face was shrouded in a French flag which was cued to be pulled back after the Chairman of the New York Committee Senator William M. Evart’s speech. Bartholdi himself was supposed to pull the cord that would reveal the statue’s face, but he misunderstood a pause in Evart’s speech as the cue, thus revealing Liberty’s face prematurely and cutting off Evart’s speech. The Times described the revelry that ensued:

“The whistles blew, the guns boomed, the bands played, the drums rolled, and the throngs on the island and the river shouted one thundering paean of acclamations that swept down the Bay on the wings of the northeast gale and smote the hills of Staten Island with a huge shock of sound. Thought the mist in every direction could be seen leaping sudden, sharp flashes of light, and then the peal of guns echoed across the water.”

Humorously it was added:

“It was the end of the oration of Mr. Evarts. What he might of said had he spoken out of the fullness of his heart at that moment will never be known, because he sat down.”

President Cleveland, who spoke next, accepted France’s gesture by making a very forward-looking statement about a nation only 21 years out from a devastating civil war:

“Mr. Chairman: The people of the United States accept from their brethren of the French Republic with gratitude to-day this grand and imposing work of art which we here inaugurate… We are not here today to bow before the representative of a fierce and war like god, filled with wrath and vengeance, but, instead, we contemplate our own peaceful deity keeping watch before the open gates of America, and greater than all that have been celebrated in ancient song.”

A painting by Edward Moran depicting the Statue of Liberty just as she was being dedicated. Notice how the sky was beginning to clear just as it was reported. Source: Wikipedia Commons

The ceremony was not without its controversies. Very few woman were allowed on Bedloe’s Island for safety reasons. The organizers feared the women would be crushed in the moving crowds because of their dresses. This incensed members of the suffragists who rented a boat to get as close to Bedloe’s Island and protest. They aptly pointed out that the Liberty was personified as a woman and thus women should have certain liberties like the right to vote.

Also an African American run newspaper in Ohio called the Cleveland Gazette wrote that the torch should not be lit and the government should:

“Shove the Bartholdi statue, torch and all, into the ocean until the ‘liberty’ of this country is such as to make it possible for an inoffensive and industrious colored man to earn a respectable living for himself and family, without being ku-kluxed, perhaps murdered, his daughter and wife outraged, and his property destroyed.”

In 1986, the Statue of Liberty was given another grand ceremony for her centennial when she was reopened after a two year closure for restoration. July 3-6 was officially called “Liberty Weekend” with President Regan and French President Francois Mitterrand both on hand to celebrate.